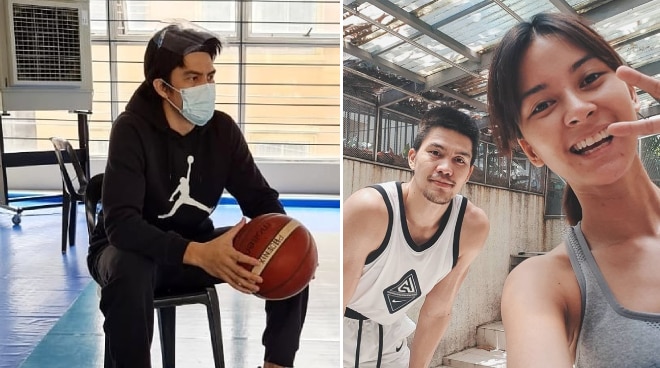 Bianca Gonzalez penned a heartwarming message for her husband JC Intal, who recently announced his retirement from basketball.

In an Instagram post on Monday, March 22, the television host expressed how proud she is of her husband.

"Aaaaah where to even begin.... okay, here goes," she began.

"I may not have been there at the start of your 20-year basketball journey, but I am so proud and honored to be by your side and the end of it," said Bianca.

Bianca said one of the things she and JC had in common that made them click from the start is that they both knew they were role players in their chosen careers.

"It drove us both to constantly work to improve, to keep our feet on the ground, and to be good soldiers," she said.

She went on to praise JC's work ethic, integrity, and how mentally strong he is during tough times, telling him that "you may not know it, but you being you helped me deal with many of my toughest days."

Bianca also said it makes her proud to hear stories of aspiring athletes who look up to JC, as well as of his colleagues whose lives he has touched.

"You were always so genuine and kind with how you connected with them, which inspired me to do the same," she said.

READ: Bianca Gonzalez says it is not true that basketball players are womanizers

According to Bianca, she would always be "sooo kilig and proud" sitting in the coliseum with patron tickets as a perk for being JC's girlfriend, then wife, "watching you, with my heart racing every time you'd hold the ball."

She went on: "I can honestly go on and on and on pero hindi naman ako yung nag-retire from the game so ang OA naman kung mas mahaba pa ang sinulat ko sayo hahaha. BUT!! I would just like to honor you."

"Even though you won't be playing pro basketball anymore, I promise to be your # 1 cheerleader FOR LIFE, alongside two little cheerleaders, Lucia and Carmen," she said, referring to their daughters. "We love you so much and we are so proud of you!!!!"

It was on Sunday, March 21, when JC announced his retirement from basketball after 13 seasons in the PBA.

"After 2 decades of playing the sport I love, 13 years of which in the PBA, I am officially announcing my retirement from basketball," he said in an Instagram post.

"It is a bittersweet feeling for me to say goodbye to the game that has been a huge part of my life, but I am moving forward feeling happy and proud knowing I made the most of the privilege to play basketball professionally," he wrote.

"It has been the honor of my life to play basketball. From the bottom of my heart, THANK YOU," he added.