‘Mas mahirap’: Nadine Lustre says not having an agency ‘harder’ but ‘worth it’

Nadine Lustre opened up about gaining back her independence and achieving freedom for herself. 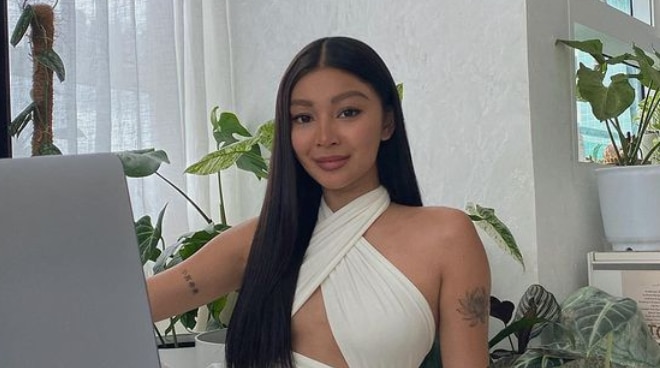 More than a year after parting ways with VIVA, Nadine Lustre opened up about gaining her independence as soon as she left her former management company, VIVA Artist Agency (VAA).

In an interview with NYLON Manila, the singer-songwriter opened up about how she dealt with everything she has faced over the past year.

READ: I wasn’t getting as much projects’: Nadine Lustre admits fears of becoming a ‘has been’

“It was really just me facing all of these issues and all of these fears and dealing with it. Wala talaga akong ibang maasahan …I had to go through it. And I realized that why does everything have to be so complicated in my life? Like, why do I have to complicate things? I know that I've always been that kind of person for some reason—I kind of complicate things, even if I don't mean to,” she said.

“So, I learned to simplify a lot of things. I'm naturally an over-thinker, which I still tend to do sometimes, but it has been it's definitely less than that since then,” she added.

Despite what she went through, Nadine said she learned how to be contented with what she has in life as she continues to live a more balanced life.

“Honestly, I’ve never felt more balanced in quite a long time. I’ve been doing chakra healing, balancing, and all that, and I think at this point of my life, it’s like I’m not asking for more. I’m pretty contented with what I have,” she stated.

Having released her critically-acclaimed visual album “Wildest Dream” last year, Nadine said it allowed her to start being more true to herself — something she has always find hard to do throughout her life.

“It's really just about, you know, being true to yourself. And by that you also show everyone who you really are, and not being afraid of it. Because almost my whole life, that's something that I've been afraid of,” she said.

Ever since she enetred showbiz, Nadine said she was molded into something she wasn’t — until she learned to finally become braver in life.

“Well, I mean, ever since nag showbiz ako, it’s one thing that I’ve been so afraid of. In show business, people tend to tell you what it is that you should be doing, how you should look, what you should say, you know? Everything is given to you, and it's kind of them molding you to become someone you’re not,” she said.

She went on: “So, that pretty much happened to me. And so now that, you know, I've broken out into that mold. Now that I am braver, you know, I kind of am braver of showing everyone who I really am, nagtuloy-tuloy na lang siya.”

But breaking free made Nadine feel more authentic about herself because she was able to express who she really is.

“I don't look back anymore because I feel like I'm free, just expressing myself and showing everyone who I really am. And I believe it should have been like that from the very beginning. But then at the end of the day, it's the authenticity that people want,” she said.

In the said interview, Nadine also opened up about gaining her independence and achieving freedom following her controversial departure from VIVA.

Acknowledging the fact that she was branded differently, Nadine admitted she definitely is no saint.

“When you say independence, it really is freedom. Freedom to do what you, say what you want without anyone really stopping you. Before, there were so many things that I couldn’t do. I was branded differently, you know, the usual artista where everyone has to look up to you like you’re a saint, which I’m not,” Nadine said.

While she admitted it’s harder without an agency to back her up, she asserted that it’s worth it.

“I’m not going to say it’s easier. It’s definitely harder. The job is five times harder than before because you don’t have an agency to back you up. Now, it’s like, you want to do this? You have to do it by yourself. You have to fund it or find someone to partner with you…no one else is going to back you up financially this time. Mas mahirap siya,” she said. She added: “But it is worth it.”