Markus Paterson and Janella Salvador’s son Jude visited his lolo for the first time this year. 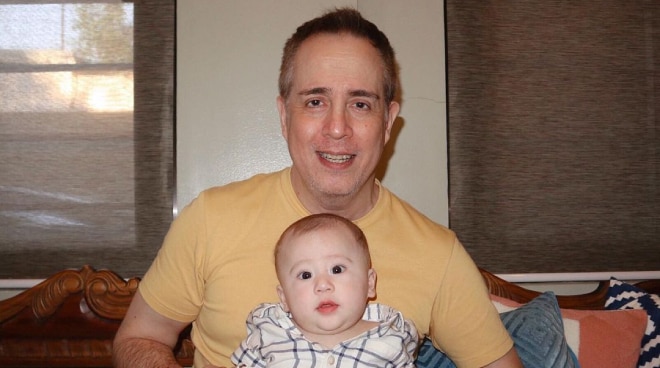 After flying back to the Philippines last month with his celebrity parents Markus Paterson and Janella Salvador, four-month-old Jude Paterson finally met his grandfather on his mother’s side this week.

Jude’s parents posted a photo of Janella’s father Juan Miguel Salvador last March 1 spending time with his grandson who was sitting on his lap on Jude’s Instagram account along with the caption, “Finally met my Toto the other day. Do we look alike?”

Markus Paterson and Janella Salvador were first rumored to be dating each other as early as 2019. But it was only in September 2020 when the couple confirmed their relationship.

After giving birth last October, Janella and Markus only revealed the arrival of their baby Jude through their vlog posted last January 5 after months of speculations. Baby Jude Trevor Paterson was born in the UK where Markus’s family is based.