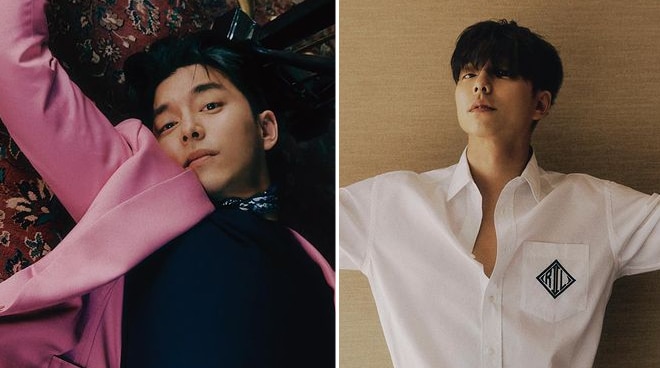 South Korean actor Gong Yoo is the cover star of Esquire Korea for its April 2021 issue.

In an Instagram post, the magazine said that it has been four years since the actor last graced the cover of the magazine.

"Welcome, everyone. Ralph Lauren Purple Label's Korean ambassador Gong Yoo features on the April 2021 cover of Esquire Korea. It is for the first time in 4 years," the magazine posted.

"All of the shooting staff were fascinated by his witty and relaxed attitude. Of course, he perfectly matched with the collection," Esquire Korea said.

Fans were quick to express their admiration for the actor as the magazine's cover star.

"Wow, you never disappoint on your covers," one netizen said.

"How can [he] be looking even better as he grows older?" another netizen commented.

Aside from the magazine cover, Yoo is set to star in a sci-fi movie titled Seo Bok alongside Park Bo-gum and Jang Young-nam in April. The film was originally set to be released in December last year but due to the pandemic, it was rescheduled.

Yoo portrays the role of Min Gi-heon, a former intelligence agent who is tasked to ensure the safety of Seo Bok (Bo-gum), who is the first human clone.