AC Bonifacio on working with Madelane Petsch on ‘Riverdale’: ‘An amazing experience’

AC Bonifacio and Madelane Petsch did a dance battle in an episode of ‘Riverdale.’ 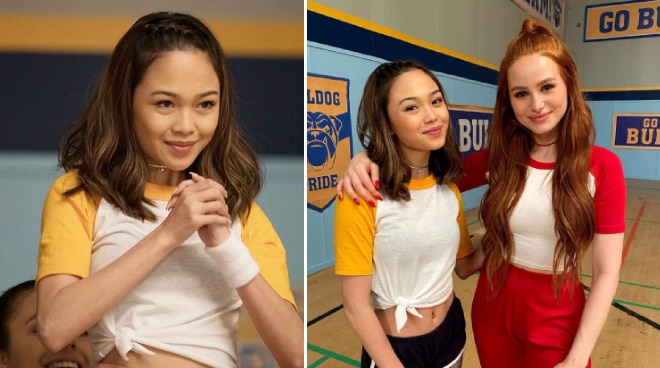 AC Bonifacio made headlines recently after she booked a role on Riverdale as a Star Vixen. In an episode that was released recently, AC did a dance battle with Madelaine Petsch, who plays the role of Cheryl Blossom, in the series.

In an interview with Richard Juan on Your dose of inspirASIAN podcast, AC remarked that she is a big fan of Madelaine so it was such an overwhelming experience to work with her."We shot with them two times, once in December and once in January. So that part there as a Star Vixen is I am dance battling with Cheryl Blossom who is Madelaine Petsch in real life and it was such an amazing experience because I just watch her on Netflix and now I am beside her dance battling her? "

Did she help choreograph their dance battle?

"The choreographer Heather was also so nice and it was a very good experience. They gave me an initial choreo but she always said, 'If there's something you are more comfortable with we can change it or if there are any other tricks that you can do.' She kinda based it off of me... She was very kind in making it so that I was comfortable and that I was able to show off on what I am good at," she relayed.

AC remarked that she feels very happy to be able to represent Filipinos in the show and showcase her talent in the series.

"I am very grateful to book that job because it could have been given to anybody else. So many other girls auditioned for that part because it is such a big show and for it being booked to me is an honor and I am glad to represent a Filipino girl on that show... I am very grateful to have book it and for it not to be an acting part but for me to be able to do what I love to do [and] what I am passionate about on that show too," she said.