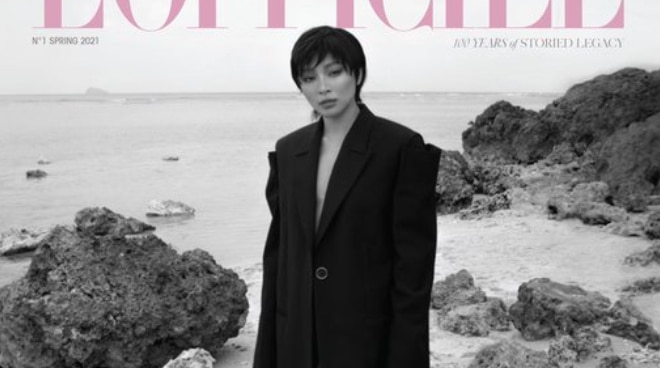 Nadine Lustre has proven once again she can slay almost any look as she made a stunning transformation in her latest magazine cover.

After weeks of teasing fans, the local edition of French magazine L’Officiel released its highly-anticipated cover featuring the singer-actress.

The 27-year-old award-winning actress veered away from her usual long hair and opted to pose for a pixie mullet hair in some of her photos.

Shot by Regine David, Nadine wore a sheer top, bralette, and ripped silk shorts from the first collection of Matthew Williams for Givenchy.

Prior to Nadine’s launch as the face of L’Officiel Philippines for the month of March, fans have been raving about her being the cover for the magazine as teasers featuring Chinese-South Korean group WayV were released simultaneously.

In a reply to one netizen’s query, L’Officiel said that a behind-the-scenes peek of their shoot with WayV would be released soon.