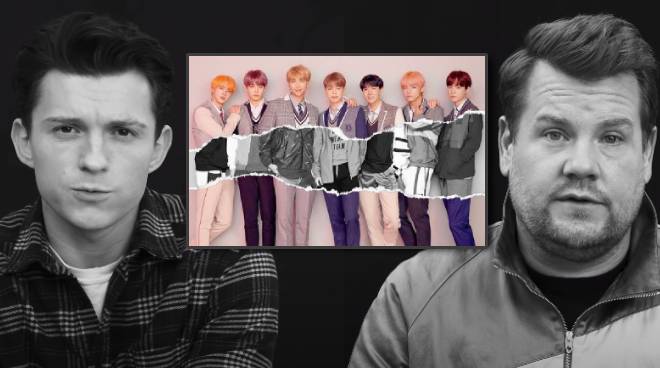 In the description, the magazine recognized the achievements of the K-pop superstar band, adding that they were inspired by their impact.

“In 2020, the superstar K-pop band BTS broke seven Guinness World Records with their song ‘Dynamite’: it became the most viewed YouTube video in 24 hours, got 7,778,950 streams within a day (and subsequently nabbed the title for the biggest Spotify release of 2020), and spent the most weeks at no. 1 for Billboard’s Social 50 chart.

“We at W were inspired by the impact BTS—and its fandom, known as the Army—made, not just in the realm of music, but for the culture at large, and chose their song ‘Dynamite’ for our annual round of Lyrical Improv,” it read.

Aside from the recognitions that were mentioned in the post, BTS is also nominated for Best Pop Duo/Group Performance at the Grammy Awards 2021. They are the first-ever K-pop group to earn a nomination in a major category at the prestigious award-giving body.

Composed of RM, Jin, Suga, J-hope, Jimin, V, and Jungkook, other BTS chart-topping hits include Boy With Luv, ON, Black Swan, and Life Goes On, just to name a few.