Studio Mir, the same studio that did ‘Voltron: Legendary Defender’, brings DOTA to life on the small screen. 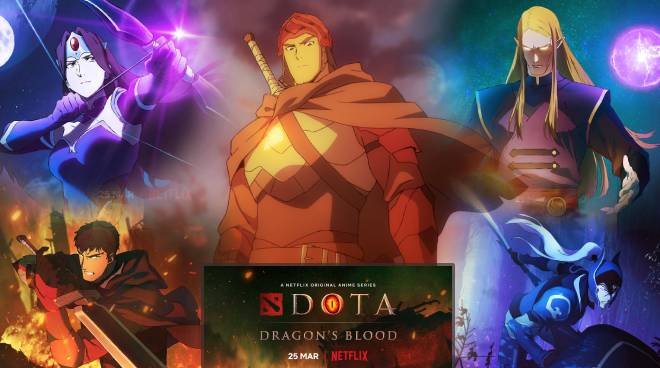 DOTA, the popular video game that funnily became the source of a lot of fights between couples, is getting an animation adaptation.

DOTA: The Dragon’s Blood is set to premiere on Netflix on March 25. The series follows Davion, a renowned Dragon Knight who encounters a powerful, ancient eldwurm and a princess named Mirana as he goes out to set the world to right. Along the way, he discovers that some things are not really what they appear to be.

DOTA: The Dragon’s Blood is based on the hugely popular online launched in 2011 by Valve. Featuring the voices of Yuri Lowenthal, Lara Pulver (famously known for her role as Irene Adler from Sherlock), and Kari Wahlgren, the series was pridcued at Studio Mir, the same production house behind The Legend of Korra, Voltron: Legendary Defender, and the upcoming The Witcher: Nightmare of the Wolf.

For more information about the series, check netflix.com/dotadragonsblood