One fan spotted James Reid and Nadine Lustre at a restaurant in Tagaytay. 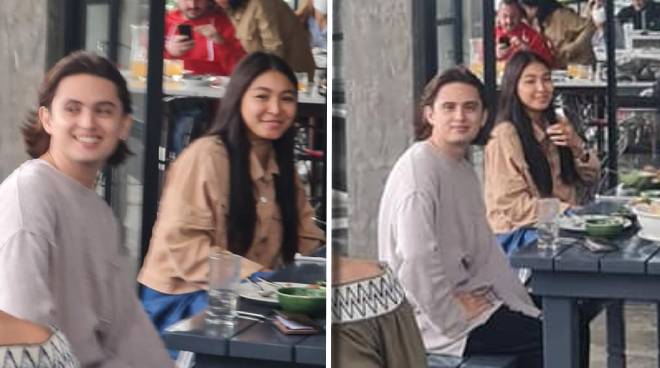 One fan could not contain her kilig when she spotted her favorite stars, James Reid and Nadine Lustre, in Tagaytay.

Netizen Jas Vir took a snapshot of JaDine at a restaurant in Tagaytay and shared it on her Facebook page. She captioned the photo, "Unexpected encounter with my favorite love team since OTWOL up to now. So happy to see you guys."

She even teased her followers, "Nadine and James Reid nagkabalikan na."

It can be recalled that it was in January 2020, when James and Nadine revealed that they broke up.

Rumors of them getting back together have been circulating for months after they have been spotted together on several occasions.

In August 2020, both of them surprised James' mother Marcela Macdonald on her birthday.

“Thank you Nadz for the cake and James also for the flower. It was indeed a big surprise for me," Marcela shared on her Facebook post last August.

Last January 2021, they also went on a mountain hike with a couple of their friends.

The two stars have yet to confirm their reconciliation.