Veteran singer Lea Salonga has simple advice for those who are thinking of pursuing a singing career. 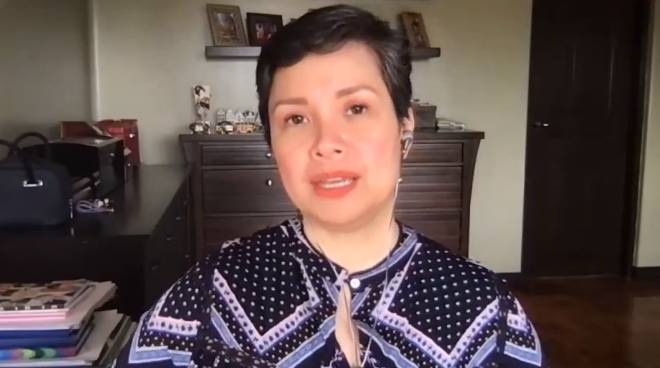 Veteran singer Lea Salonga has simple advice for those who are thinking of pursuing a singing career.

"Have the goods. Make sure you have the goods," she said in a Facebook Live interview with Monster RX 93.1 on Friday, March 12.

Aside from the ability to sing without the help of Auto-Tune, Lea also stressed the importance of having an emotional connection to a song.

"That's the thing. They all sing well. They're all emotionally connected. You can feel the emotion when they sing," she said. "You have to be at least that, if you want to make this a career. You have to have the chops for this... Have the goods. Make sure you have the goods."

However, she said it shouldn't matter for those who want to sing as a hobby.

"If it's as a recreational activity, I'm not going to stop you. If it's singing just to be expressive, if it's just to be creative. By all means, do. Singing can be a very healing force," she said.

She also recently marked her 43rd year in the industry by looking back at her first ever stage performance: Repertory Philippines' The King and I at the Cultural Center of the Philippines on March 11, 1978.

READ: THEATER THROWBACK: Lea Salonga looks back on her first ever stage performance in 1978

Lea's rise to international fame began when she played the lead role of Kim in the musical Miss Saigon—first at the West End and then on Broadway—at the age of 18. She went on to star as Eponine in the Broadway production of Les Misérables in 1993 and Mei-Li in the Broadway version of Flower Drum Song in 2002.

Lea was also the singing voice of Princess Jasmine in the Disney movie Aladdin and Fa Mulan in Mulan and Mulan 2. For this, she was recognized as a Disney Legend back in 2011.