IZ*ONE’s disbandment comes after the expiration of their contracts. 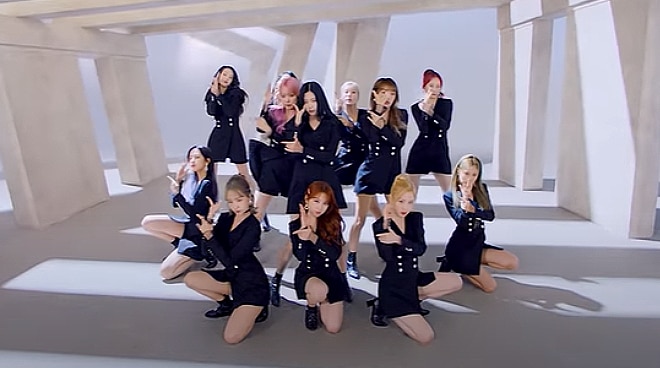 Almost three years after being formed through the survival show Produce 48, IZ*ONE brought the sad news to fans as it is set to disband in less than a month's time.

IZ*ONE’s disbandment comes after the expiration of the girls’ two-and-a-half years exclusive contract.

“Ahead of the conclusion of the IZ*ONE project, Mnet, Swing Entertainment, and Off The Record have held discussions and listened to the opinions of each agency for the best activities the 12 members can carry out,” Mnet said in its statement as translated by Korean entertainment site Soompi.

“The activities of project group IZ*ONE, which debuted in 2018 with the album ‘COLOR*IZ’ and grew into a girl group that represents Asia and is loved not only in Korea but also around the world, will come to a close in April as planned,” the statement added.

But IZ*ONE is not one to leave without a proper goodbye as the girls will hold a two-day virtual event as a way of expressing their gratitude to all the fans who have shown them support throughout the years.

“A two-day online concert ‘ONE, THE STORY’ will be held on March 13 and 14 with the fans who love IZ*ONE,” said Mnet in its statement.

Meanwhile, its respective managements, Off the Record and Swing Entertainment, issued a joint statement following the announcement.

“As officially announced on March 10, the IZ*ONE project will end in April.
IZ*ONE’s official fan cafe, content, and social media will operate until the end of the project, and future plans [for these platforms] will be announced via a separate statement later on,” the two agencies said in the statement.

Thanking fans for the support, the statement added: “We once again thank WIZ*ONE who always show support, and Off The Record and Swing Entertainment will always support the IZ*ONE member who will grow further as artists. We ask that you show much anticipation and support for the new sides that the IZ*ONE members will show from now on.”