Kapamilya actor Edward Barber says that 2021 will be a year of discovery for him. 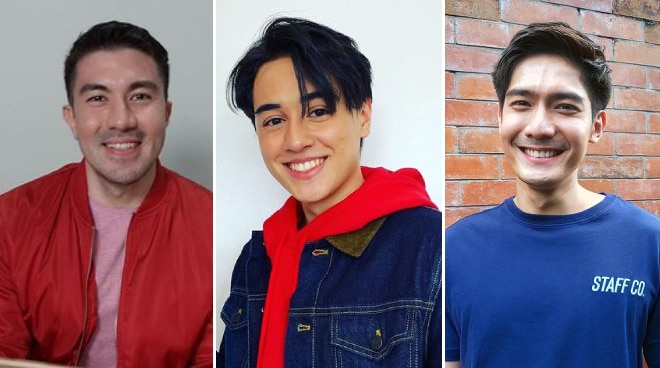 Ever since he first got a taste of hosting two years ago, Edward Barber said he has become even more motivated to keep doing better especially now with his new MYX online show Kuwentong Barber.

“Before 2021 a lot of people meron ng mga new year’s resolutions. Ako I started with one word and that word was growth. So itong 2021 talagang I want to make sure that I’m growing more in this year than in the last three years that I’ve been in the industry so sana meron. Even in the past hosting jobs that I’ve had, there have been some things that I would really love to work on and fix and grow. So sana,” he said.

Even with all the good feedback he’s received regarding his hosting skills, Edward said he doesn’t exactly want to follow in the footsteps of other popular hosts like Luis Manzano and Robi Domingo.

“I’m flattered. Pero medyo malaking burden yun ah. Those are big shoes to fill and sa tingin ko, iba rin yung style ko than Robi and Luis. I’m not the same comedian that they are pero I think I bring a different style to it. So medyo iba yung atake ko.

“But I’m really, really excited to figure out who I am kasi hindi ko masabi talaga na I have that self-confidence, pero hindi ko talaga alam kung paano mangyayari yun. So I’d love to grow. I’ll need the guidance of some amazing people including kuya Robi in order to get there. Pero I don’t want to think about that. I just want to keep on growing. Dito talaga sa hosting nag-e-enjoy ako. May stress na konti minsan, pero nag-e-enjoy ako at sometimes that’s hard to find and ayokong mawala yun kahit anong mangyari. I’m in a place to develop myself and figure out, through their help, who I really am. And I’m still figuring that out pero unti-unti,” he explained.

After renewing his contract with ABS-CBN last month, the 20-year-old Fil-British actor and host said he is thankful to his home network for giving him new chances for growth in his career.

“It’s pretty self-explanatory na siyempre may factor yung mga bosses, yung mga experiences, yung mga iba’t ibang production. So dahil sa kanila nandito ako. You hear that from so many people but it’s really true. They’ve given me the chance to try and discover who I am. Sa mag-fa-five years in the industry, I haven’t fully discovered that so thank you. Because of them, I get to try and have more time to figure that out. And there’s so many people that have grounded me from PBB until now, so siguro yun ang strongest link ko as a Kapamilya. Pero nag-develop yang link na yan to MYX, to Star Magic, to ASAP Natin ‘To,” he shares.