Just two months after she reached 10 million subscribers on YouTube, Ivana Alawi announced that she now has 11 million. 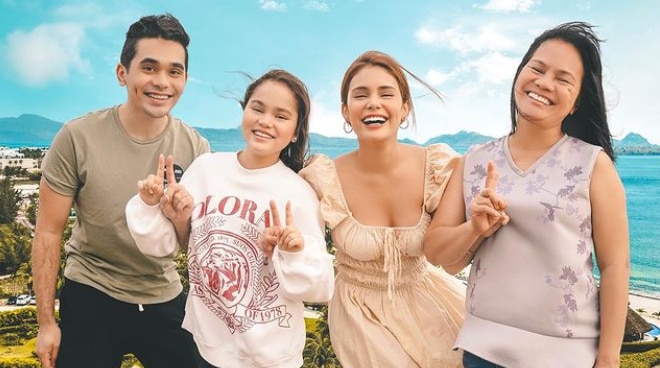 Ivana Alawi now has 11 million subscribers on her YouTube channel.

The actress and social media star made the announcement on her Instagram page on Saturday, February 27.

Sharing a picture of her with her family, Ivana wrote: "Happy 11M SUBSCRIBERS YOUTUBE! We love you forever!"

At 11 million, Ivana is one of the most followed celebrities on YouTube, alongside the likes of Alex Gonzaga (10M), Donnalyn Bartolome (6.44M), and Vice Ganda (4.69M),

It was just in December when Ivana hit 10 million subscribers on YouTube, after over a year since she launched her channel.

That same month, she was named as YouTube's top content creator in the Philippines in 2020.

Her vlog "Boyfriend Prank" also landed in the fourth spot of the top ten trending YouTube videos in the country last year.

To celebrate these milestones, the Kapamilya star decided to give back by giving away P10,000 cash and food packs to homeless families, as well as 10 two-year scholarships.

Ivana, 24, launched her YouTube channel in 2019, with a video of her trip to the mall with her sister, Mona.

To date, her entire channel has garnered a total of 667 million views.