Lotlot de Leon extended her gratitude to the Kapamilya network for their warm welcome to Janine Gutierrez. 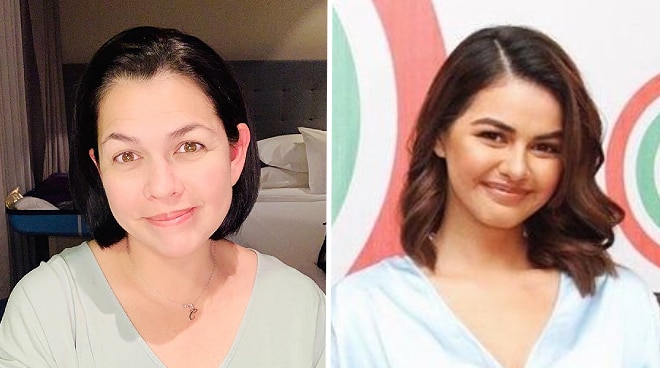 "Nakakataba ng puso.” This is how Lotlot de Leon described her feelings over how ABS-CBN welcomed her daughter Janine Gutierrez to the network.

Janine became a Kapamilya after inking a contract with the network on January 15.

"'Yung importansya na binibigay nila kay Janine at ipinapakita, sobrang nakaka-touch. I know that Janine now will work extra hard to prove herself that she’s worth all of that. Nakikita ko naman na talagang excited siya to start working also with ABS,” she said in an interview in I Feel U on Sunday, February 7.

According to Lotlot, the happiness of her children is her happiness.

Lotlot remarked that she is very proud of Janine for getting this far in her career.

"Sabi ko sa kanya, everything that she is getting now is because of all her hard work and I am very proud of her for that," she said.

The actress was also asked what kind of a daughter Janine is who her eldest child.

“She’s very responsible na ate. When I separated with their father, she was still very young. We did not live in the same house but she was like a mom also to her siblings. She’s also very strict when it comes to the studies of her mga kapatid... I’m very proud of her,” she stated.

Aside from Janine, her son Diego Gutierrez is now also part of the ABS-CBN family.

The actress said that she is thankful for the trust that the network has given her children.

“I am just so happy with the trust that the Kapamilya network is giving to my children. Salamat at nakikita nila yung talent at kung anong pwedeng maibahagi ng mga anak ko sa industriya. I am very grateful for that also,” she stated.