Toni Gonzaga asks Alex Gonzaga and Mikee Morada: ‘Do you think that was the best way to get married?’ 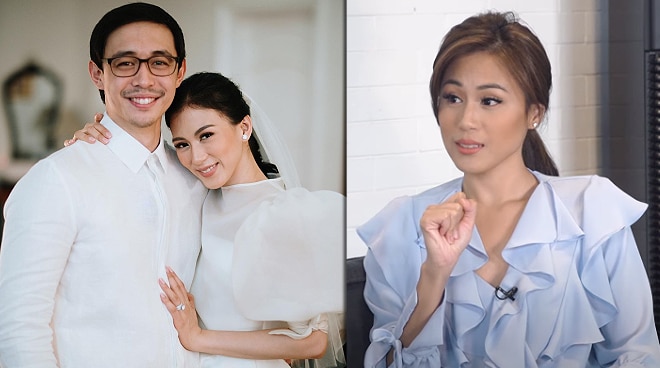 One of the questions Toni asked the couple was their thoughts on their wedding which was held at the Gonzaga residence in Taytay, Rizal.

"Do you think that was the best way to actually get married?" Toni asked.

The couple was also asked about their favorite part of the wedding.

Toni also asked the couple what made them decide to commit to each other for the rest of their lives.

Alex shared that although Mikee heard negative comments about her back when they were still getting to know each other, Mikee still continued to pursue her.

Sharing his side, Mikee said he saw something in Alex beyond the comments that other people were saying. "Nakita ko may beyond that eh... Kapag kausap mo siya may laman eh. May something talaga na hindi ko ma-explain," he stated.

By the end of her vlog, Toni shared her realizations from Alex and Mikee's love story.

Toni shared, "Dati iniisip ko, sino kaya magmamahal kay Alex because she can be too funny, too naughty, or too crazy at times and then I realized you can never be too much for the right person because he will never see you the way others see you. He looks at your soul and sees your heart."