Actress-host Kris Aquino held a fun Q&A session on Instagram, inspired by her latest meme that has made the rounds online. 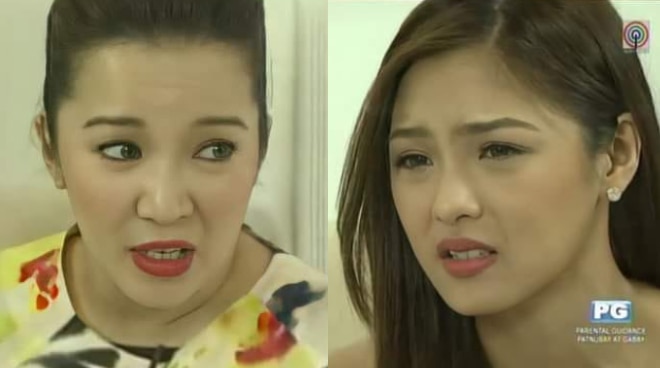 Actress-host Kris Aquino on Sunday, February 7, held a fun Q&A session on Instagram, inspired by her latest meme that has made the rounds online.

The meme comes from her reaction during an interview with actress Kim Chiu in an episode of her morning talk show "Kris TV back in 2014.

During the interview, Kim tried to express her gratitude to her fans for their support after she was heavily criticized for her pointed comments to a reporter during the press conference for her film Bride For Rent. However, she could not finish her sentence as she was too emotional. Kris then attempted to help her finish her thought by asking, "So na-touch ka, because?"

Seemingly amused by the meme, the actress-host held a Q&A session on Instagram over the weekend, where fans can ask her anything that she can answer with "because."

"BECAUSE... alangan naman kayo lang ang nag-enjoy? Ask me anything I can answer with BECAUSE. Cutest questions will get answered," she said.

Among those she answered was a question from actor Tony Labrusca, who asked, "Ate Kris, hindi pa po tayo nagkakaroon ng project together, because?"

"Because choosy ka! I miss you," said Kris.

Another question was from a fan, who asked Kris, "'Di ka pa babalik sa TV because?"

"Because hindi pa tinadhana," she said.

Meanwhile, aside from Kris, Kim, who made headlines last year because of her "bawal lumabas" statement that also spurred memes, also reacted to the viral meme on Twitter.

READ: 'The Classroom Song' makes it to Forbes, Kim Chiu hailed as one of Asia-Pacific's 100 Digital Stars

"Dyosko kayo talaga! Nahanap niyo 'to because???" she said in her tweet.