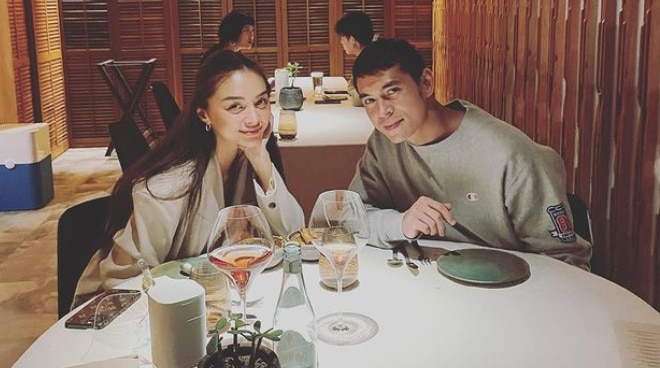 The beauty queen-turned-actress celebrated her birthday on Sunday, February 7.

In an Instagram post, Jake promised to always be there to love Kylie no matter what happens.

"Through thick and thin, through good times and bad, I will always be here loving you no matter what. Happy birthday, boo," he wrote.

"May all your dreams and wishes come true because I know you deserve all of them. I love you with all my heart," he added.

"Thank you for making my birthday special boo. I love you too," she said.

Kylie and Jake have been dating for two years. They celebrated their second anniversary as a couple last December.

The two, who became close after they were paired in the ABS-CBN series Los Bastardos, officially confirmed their relationship in September 2019.

In a previous interview, Jake said his relationship with Kylie has made him the "happiest" he has ever been in his life.

"This is the most mature I've ever been. And for me, I'm going to my best to deserve her every day," he said. "I'm going to do my best to take care of her and make her happy."