Andi Eigenmann opens up about dealing with postpartum depression

Andi Eigenmann also gave a glimpse of her life as a mom to her newborn son. 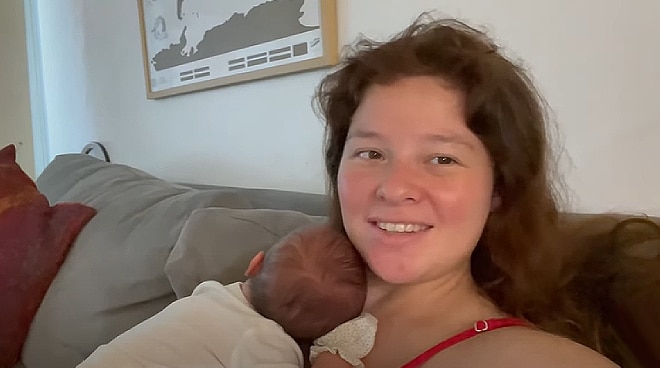 Actress-turned-vlogger Andi Eigenmann revealed she is currently dealing with postpartum depression after giving birth to her son Koa.

In an Instagram post, the 30-year-old celebrity shared a photo of her daughter Lilo looking after her newborn son.

According to Andi, she wants to savor each and every moment with her newborn son.

We’ve been really down’: Why Andi Eigenmann, kids in low spirits​

“Lilo always trying to take a peek and wave hello to her baby brother. Soon enough he will be ready to go and play with you and Ellie! But for now, let's all enjoy and savor each moment of our newborn,” she wrote.

Andi also opened up about going through postpartum depression.

She said: “Spoke about my struggles and post-partum depression when I had Lilo. This time around things have been different. I truly missed newborn days with Lilo, and it eventually sunk in to me, how quickly that phase does go by. So now, I am just enjoying and cherishing every bit of it with papa and the girls!”

This isn’t the first time Andi dealt from postpartum depression. When she gave birth to her daughter Lilo in 2019, she opened up about what she has gone through at that time.

“Being vocal about body and self-love on social media before my last pregnancy, I had focused so much on preparing my mind to accept myself for the way I will look even after giving birth, and the possibility of not ‘bouncing back,’” she stated.

"What I didn't realize is that there are also other aspects of being a new mom (again) that I may have needed to prepare my mind for as well. I neglected the part where emotional healing might be necessary too. I guess this is what postpartum depression looks like to me,” she added.

Being vocal about body and self love on social media before my last pregnancy, I had focused so much on preparing my...

Sharing her experience back then, she said: “I haven't been feeling like myself lately. Sleepless nights are getting the best of me. When the others are asleep I'd shed tears I'd normally save for my acting performances on tv show finales (lol).

"I've been having so many thoughts of guilt. I've been questioning every decision I've made that led me here. I read so much about caring for a newborn and prepping to be a new mom again but I seemed to have ignored postpartum depression. (I guess cause it didn't seem exciting,” she added.

Meanwhile, in her latest vlog, Andi shared what makes her son Koa different from her two girls.

“With three kids, I’ve been blessed with a quiet one. So, Koa’s just always sleeping and he wakes up to cry when he’s hungry. So that’s been wonderful. I hope it lasts,” she said.

Sharing how her partner Philmar Alipayo told her to cope with postpartum depression, she said: “In my Instagram, I mentioned that I had postpartum depression with Lilo and Papa would always tell me that you know, this stage, this phase, will go by very quickly. And now, this time around, I just really want to enjoy my time with my kids because you know, it’s true what he said every day they are growing and we will never get this time back.”

“So, I’m choosing to look on the positive side of all of this. And I’ve just really been enjoying the super sarap feeling of having a newborn,” she added.