Nadine Lustre has spoken up on speculations whether or not she has undergone plastic surgery in the past. 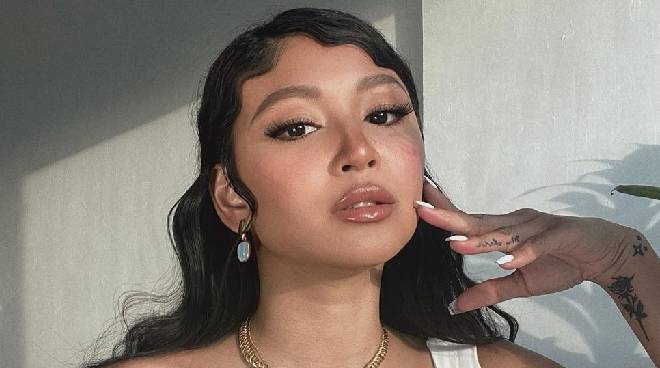 Nadine Lustre — undoubtedly one of the country’s biggest celebrities who has transformed from a child to a lady right before the public's eye, finally addressed the rumors about her getting a nose job in the past.

In the second part of her interview with Aivee Teo, the Kapamilya star set the record straight about the speculations on whether she did get a nose job or not.

“Why do people keep on insisting that I had my nose done? I guess because you know Doc, I feel like it’s the puberty, it’s growing. It’s the growing up that really made it look like [I got a nose job], but it’s real,” she said.

“I know. I believe Nadine. I should know, I’m her doctor. I would know,” Aivee commented.

“I would know. So I don’t believe you had rhinoplasty. I’ve seen Nadine when she was younger," she added.

“I know it’s the same nose. Really, it is. She did not. Well, you should say it yourself,” Aivee responded.

According to the actress she never understood why people kept on insisting that she got a nose job.

“I really don’t understand you know, people who keep on calling me retokada. Because they think I got my nose done. I really didn’t get my nose done,” Nadine said.

“You can believe whatever you wanna believe, but I’m telling you now, I’m not lying to you that I’ve never had my nose done,” the 27-year-old actress added.

Nadine, though, admitted that she does want to have a nose job.

To which Aivee responded with: “Well, you don’t need it. Because your nose is nice.”

Nadine then replied: “Yes. I mean, I’ve thought about it. I talked about it a lot of times. Right, doc?

“Yes, you're right. We talked about it,” Aivee remarked.

“I would consult with Doc, but like at the end of the day, it looks good, it’s okay,” Nadine responded.

According to Aivee, it was she who said to Nadine that she doesn’t need to do anything with her nose.

“Yeah, I tell Nadine ‘You know, you look good. I think your nose fits your whole look. I don’t want it to look too strong And I think you’re just so beautiful as is, ‘di ba? So she did not do her nose,” Aivee said.

Nadine, for her part, said maybe it has nothing to do with her weight loss. “I feel like it’s because I lost a lot of weight.”

“It’s really just this I feel like when this part was gone, everything else looked more defined. And of course, like I grew older. Things like facial features and everything about your body. It’s more defined as you grow older. So I don’t know why,” she explained.

“You know Nads, it means that you became prettier and you bloomed over the years,” Aivee responded.

“And it means my nose is nice,” Nadine said.

Meanwhile, Kapamilya star shared her thoughts on people who judge other people for choosing to go under the knife.

“But you know doc, one thing that I really don’t understand you know, is that why is there such a stigma when it comes to plastic surgery, right? I just don’t understand why people see it as a bad thing. And people use it against people who actually do it,” Nadine said.

She went on: Like you can’t really hate on a person who wants to improve how they look and who wants to look good. Because I see it all the time. Like every time someone is on the news because they got something done. I mean people are always bashing that person and saying ‘Ay retokada!’ Why is it a bad thing?”

“It shouldn’t be a bad thing. I mean, if anything, it’s none of your business because they wanted to do it. I mean, it’s their body,” she continued.

Nadine once again reiterated that she didn’t get her nose done and said that she would go public with it if ever she decided to have a nose job in the future, saying: “I would tell you pa!”