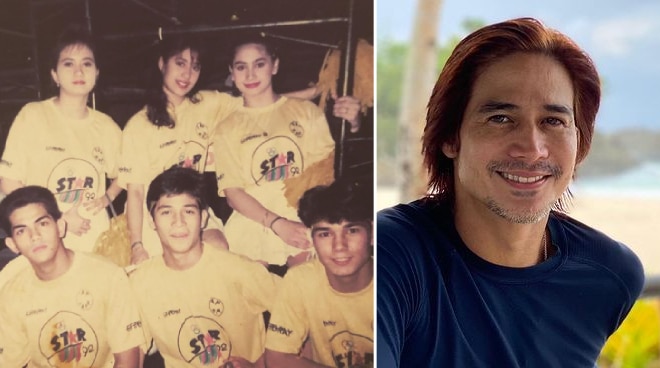 During the mid- ‘80s to the ‘90s, one of the longest running youth-oriented variety shows on Philippine television was established by German “Kuya Germs” Moreno. Even after the show ended its decade long run in 1996, That’s Entertainment and Kuya Germs have always been credited to have helped hone the talents of the local showbiz industry’s best actors and actresses to date, including Piolo Pascual.

In a previous interview with ABS-CBN, Piolo shared that he joined That’s Entertainment during the summer of his fourth year in high school, after being introduced to host Kuya Germs by a mutual friend. During his one-year experience on the youth-oriented variety program, Piolo likened the show to a school where he learned to hone his skills in acting, singing, and hosting. The once shy Kapamilya actor also credits the show for helping make him into a more confident performer. Piolo quit the show after a year to pursue his college studies at the University of Santo Tomas (UST) where he acted on stage with the university’s theater troupe Teatro Tomasino.