Miriam Quiambao gives an update on pregnancy after bleeding scare

Former beauty queen Miriam Quiambao gives an update about her second pregnancy more than a month after she revealed that she experienced bleeding. 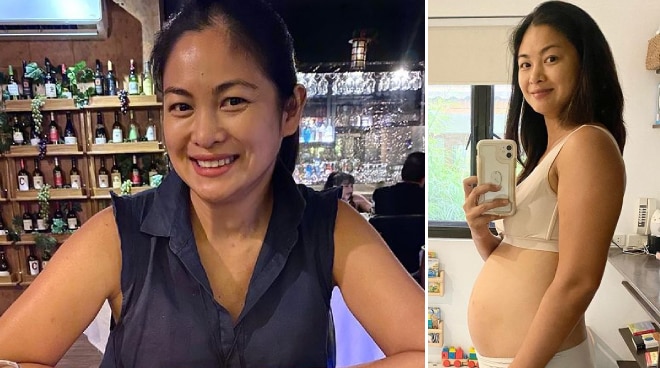 Former beauty queen Miriam Quiambao, who is pregnant with her second child, could not contain her happiness after learning that her subchorionic hemorrhage is finally gone.

Miriam, 45, first revealed that she experienced bleeding back in December, just a day after she announced her pregnancy with her husband, inspirational speaker Ardy Roberto, via a vlog entry.

“Of all the challenges and blessings that marked the year 2020, I’ll have to say this one tops it all!" she said in an Instagram post.

"I am found to have subchorionic hemorrhage which is tantamount to a threatened abortion (on top of the APAS or antiphospholipid syndrome condition Category 2 & 5) which now requires me to be on bed rest until the hemorrhage is resolved.”

In her latest pregnancy update, Miriam thanked those who prayed for her and her baby's safety as she happily announced that her hemorrhage is now gone.

"As of my last ultrasound for my first trimester screening, I was found that my subchorionic hemorrhage is resolved! Thank you Lord! Thank you as well to all those who prayed for me," she said.

It was last December 30 when Miriam and her husband shared the good news about her pregnancy. At that time, the Miss Universe 1999 first-runner up was already eight weeks and six days pregnant.

"Thank God kasi meron Siyang naging surprise for us before Christmas, actually. We're now so excited to share with you the great news that I'm positive—not coronavirus, but I'm positively pregnant!" added Miriam.

Miriam and her husband have been married for six years.