EZ Mil says he ‘got smart’ about twisting the truth because he got people talking about it. 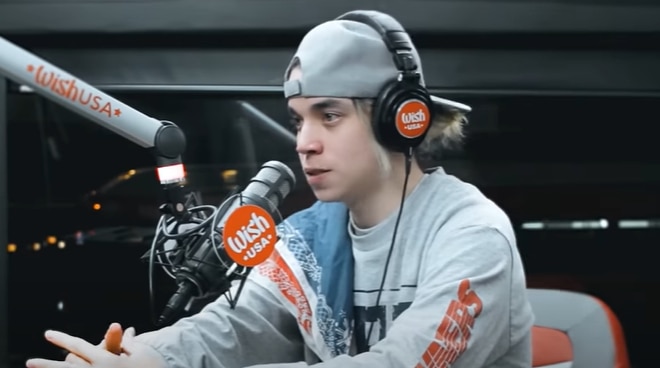 After receiving backlash for the controversial lyrics of his song “Panalo (Trap Carinosa),” rapper EZ Mil apologized to those whom he felt he might have offended.

In a video uploaded by Hbom Segovia, EZ Mil — also known as Ezekiel Miller — began by addressing the lyrics involving Lapu-Lapu and Magellan which many deem to have been a product of historical revisionism.

According to EZ Mil, he chose to make up lyrics about what transpired during the battle between Lapu-Lapu and Magellan to get people talking about it.

"Why I chose the term, 'pinugutan si Lapu sa Mactan.' Because in terms of the rhyming pattern, I always go to this dilemma or doubt in my head in closing out a song. Am I gonna close it out with absolute truth or am I gonna make people talk about it? It's like me weighing off the options," he said.

Admitting he did twist the truth, EZ Mil apologized for being inaccurate.

"That's me putting an exaggerated term in a ploy to drive traffic and talk. It's inaccurate but he still died. He's dead right now. It's not overall factual in a way but still like ... the thing that is factual is that whenever he did die, people were still saddened.

He added: “That's just me twisting how things were. And I'm sorry to anybody who was offended with the fact that me being putting inaccurate sources in our history as Filipinos (sic).”

Then again, EZ Mil said he believes he “got smart” about his inaccuracy because he got people talking about his songs.

“That's why the song is what it is right now. The way I wrote that got people talking. Got people agreeing to it. Got people disagreeing, got people in the in-betweens. The way it is now, people are talking about it. I got to be smart about it,” he said.

With many people calling him out and labeling him DDS or Diehard Duterte Supporter for the alleged toxic positivity in his lyrics, EZ Mil defended himself by saying he just wants people to have a good time through his song.

"I discuss problems. That's just to being on a positive note sometimes. We don't have to always discuss problems, bro. 'Wag nang pag-usapan ang negatibo.' That means let's not discuss the problems just for the time being. Let's just have a good time, right now, in the song. But, of course, I'm gonna talk about problems,” he said.

In the same interview, EZ Mil also addressed the part where he mentioned “tisoy,” opening up about his experience with discrimination in his own country growing up for “being white.”

"I think it's different aspects of how people view it. At first like, the general people, mostly most people back home, kayumanggi ang balat ninyo. Tinutudya nila kasi ‘yun yung pino-portray sa media. Kailangan para maganda ka, maputi ka. That's how they're fed, how they see that. They might say that if you're called tisoy, you might be lucky,” he said.

He added: “But it's different in my perspective because my growing up as this you know this thing they call tisoy. In terms of being not like a general tisoy Pinoy, I look like a Caucasian Pinoy. What I experienced from when I was a kid, kids didn't talk to me just because of the fact that they think that they have to speak English and, most of the fact, in the Philippines, madalas they're shy to speak English.”

He went on: "I don't know. But I didn't get to fit in right away as quick as the other kids. Me saying that line is like it's extensive. It's exaggerated to a point because I'm exaggerating this bad feeling when I was a kid, which of course I'm supposed to be a grown up to understand that it was just what it was back then. I'm just speaking of facts from what I felt before. And I just put that right there."

EZ’s song sampled the Filipino folk song “Cariñosa” which EZ Mil revealed was the idea of his mom.

EZ Mil is the son of the ‘90s band Rockstar lead guitarist and vocalist Paul Sapiera who hits include the songs "Parting Time" and "Mahal Pa Rin Kita."