Gretchen Barretto and Tonyboy Cojuangco mark 27 years of being together 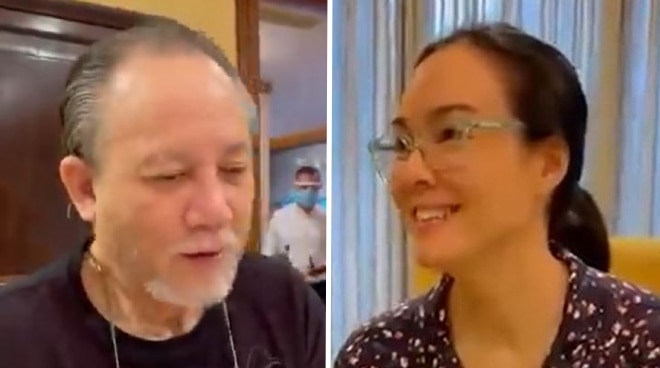 The two marked the occasion with a “pajama get-together” with their only daughter, Dominique, as seen in Gretchen’s most recent post on Instagram.

In the video she posted, Gretchen and Tonyboy were asked by their daughter: “What’s your tip to everybody who wants to be together for that long [27 years]?”

“Always agree with the mama,” answered Tonyboy. “The mama is always right.”

Even after 27 years of being together, Gretchen has yet to marry Tonyboy as he is still legally married to his first wife, Denise Yabut.

Addressing critics tagging her as a "kabit" or mistress back in 2018, Gretchen said: "Aaminin ko, for the past 23 or almost 24 years, opo, kabit po ako ni Tonyboy Cojuangco. I never denied it."

READ: Gretchen Barretto on relationship with Tonyboy Cojuangco: ‘I am happily his mistress’​

"If you threw that at me five years ago, maglulupasay po ako. Halos magpakamatay po ako sa sakit sa aking dibdib 'pag tinatawag niyo akong kabit. But right now, after 23 lovely years with my Tonyboy, you can call me 'kabit' and I will tell you, 'I am happily his kabit. I am happily his mistress.'"

"He understands me fully, he loves me fully, and in his eyes, I can do no wrong. So who am I to complain? Life isn't perfect. Hey, where we live right now, it's not heaven, you know. And I'm not the only one who lives an imperfect life."