Maine Mendoza gives a sweet surprise for boyfriend Arjo Atayde: ‘I am always here for you’

Arjo Atayde’s contract signing this year had a special surprise for the loyal Kapamilya actor. 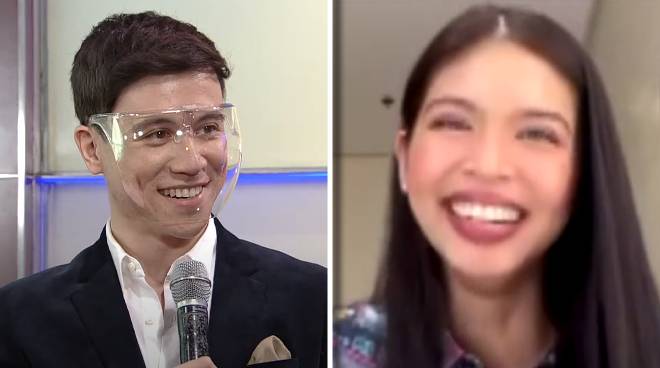 Arjo Atayde received a sweet surprise during his contract signing with ABS-CBN this year in the form of his girlfriend Maine Mendoza sharing an unexpected message for him during the event. The Bagman star was also visibly surprised after watching Maine’s congratulatory message for him which is a rare sighting considering she is from another network.

Maine wished her boyfriend of two years more blessings in life. “I wish you more success in your career, more projects, more challenging and exciting roles. And please know that I am always here for you, and with you, and I’m always right behind you to give you my 110% support in everything that you do, and also to celebrate every milestone with you. There's so much in store for you, that I know for sure. Pero ngayon pa lang sasabihin ko na sobrang proud ako sa 'yo, sa mga narating mo at sa mga mararating mo pa. Just keep doing what you love. Yun lang, congratulations and love you,” she shared during the Kapamilya Strong online event last February 27.

After signing his new contract with the Kapamilya network, Arjo gave thanks to his home network. "I owe it to everyone here beside me. I owe it to people behind the camera. I owe it to my co-actors. I owe it to each and every one in ABS-CBN. They took care of me. They always made sure I was fine. I'm getting so emotional. It just feels like home. It’s for a lot of reasons. They take care of us, they give us the projects we deserve as long as we work hard for it, and never expecting anything in return. and I just love being a Kapamilya. I am a Kapamilya. I am born to be a Kapamilya, and I will stay here no matter what. That's how I am,” he declared.

The 2020 Asian Academy Creative Awards Best Actor winner also revealed he will be working on a new project soon which will hopefully be shown within the year.