Actress-host Kris Aquino was recently spotted on what seemed to be a dinner date with Batangas Vice Governor Mark Leviste at a restaurant in Makati. 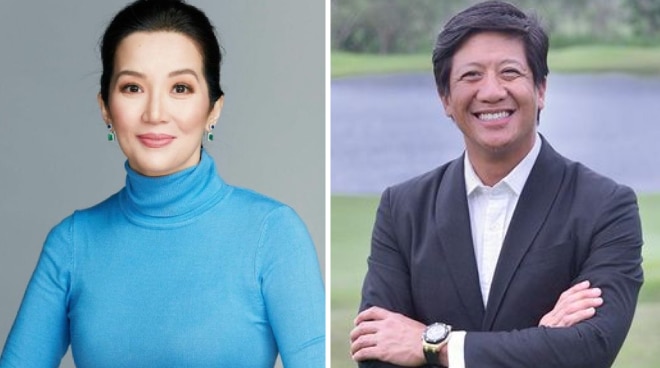 The actress-host was recently spotted on what seemed to be a dinner date with Batangas Vice Governor Mark Leviste at a restaurant in Makati, a report by website Mega Entertainment said.

The report, which was published this Friday, February 26, said the two were accompanied by Mark’s son and a friend of the actress "who doesn't want to be named."

It also dubbed Mark as the "Queen of All Media's newest suitor." Citing unnamed sources, Mega Entertainment reported that the politician "frequently waits for Kris to go down to the lobby of a serviced residence in BGC, even if sometimes she never meets him. And because of this, Kris finally agreed to go out with the vice governor because he truly insists on taking her out."

It was in September 2019 when Mark first made his presence felt on Kris' Instagram page after the latter made a public invitation to single men, aged 41-55, to add her private Facebook account.

Addressing the vice governor, Kris said: "Napaso na [ako] sa 'players' (literal & figurative) and sa elected officials. You have a [check] in both boxes. Not 'looking' but I look forward to getting to know you better and befriending you."

In March 2020, Kris explained why she refuses a romantic relationship with Mark.

"It’s not healthy to entertain someone when you know in your heart that feelings for another haven’t been totally extinguished. Repairing what’s broken is a job only for the one who still grieves because the new person had nothing to do with what is your personal pain from the past. Unless I resolve that, I have no business letting someone new into my life," she said.

"He wasn’t very polite with his text messages... that’s why I chose the safe out—bringing up someone from the past—it’s much more proper because nobody is to blame," she said.