What present did Angelica Panganiban receive from her ‘Love or Money’ co-star Coco Martin? 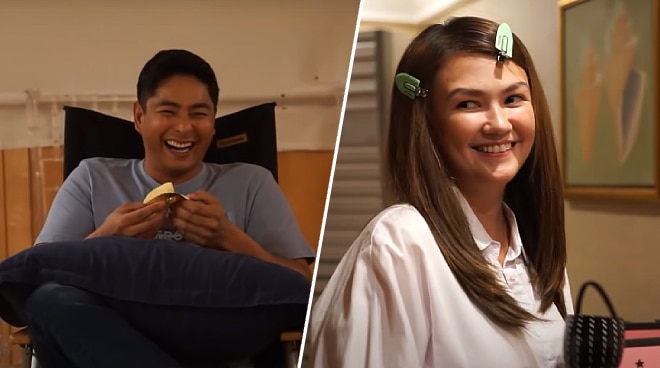 Coco Martin surprised Angelica Panganiban with a Gucci item on the set of their new movie Love or Money.

In the behind-the-scenes footage uploaded by Star Cinema on its YouTube channel, Angelica unboxed a Gucci item which was gifted to her by Coco.

When she opened the box, Angelica saw a tableware set including a plate with a cat print.

In Love or Money, Coco plays the role of Leon and Angelica plays the role of Angel, whose relationship was broken apart by ambition. They meet again in Dubai years later, where Leon works as a service crew while Angel has a "sugar daddy," who gives her all her needs.

The movie is directed by Mae Cruz-Alviar and will be available for streaming on KTX.ph, iWant TFC, and Sky PPV beginning March 12.