Isabelle Daza celebrated her second pregnancy with a Pilates and barre-themed baby shower in Hong Kong. 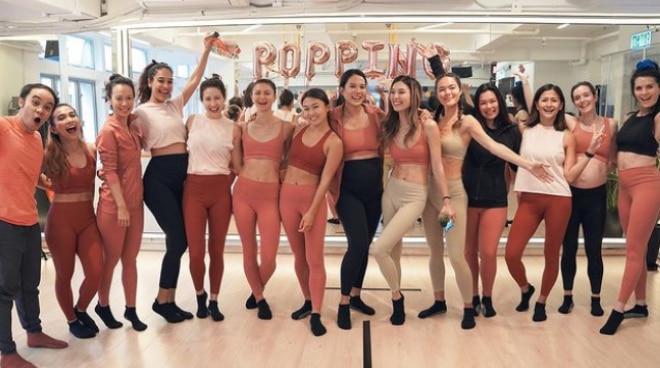 Isabelle Daza celebrated the anticipated arrival of her second child with a Pilates and barre-themed baby shower on Wednesday, February 24.

The Kapamilya actress shared photos of the celebration, which was held at a fitness center in Hong Kong, on Instagram.

"Pilates and barre for my little baby shower. The best part was hearing all the grunts and seeing all the genuine smiles after. So happy to have made new friends here," she said.

It was in December when Isabelle announced that she is pregnant with her second child with husband Adrien Semblat.

She shared the good news as she promoted her activewear line.

At that time, Isabelle said she was already 21 weeks pregnant.

Isabelle also had a sports-themed maternity shoot to celebrate the arrival of her first child, Baltie, back in 2018.

The 32-year-old actress and her family are currently based in Hong Kong, where her husband works as the vice president of footwear brands Adidas and Reebok in Hong Kong and Macau.