Read what Aga Muhlach said to Lea Salonga on her birthday. 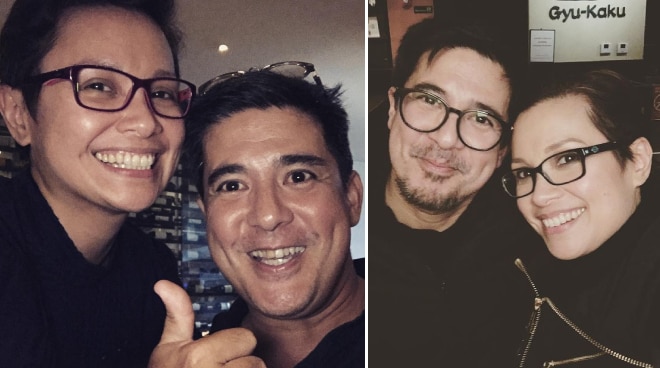 Lea Salonga shared the birthday greeting she received from her former onscreen partner Aga Muhlach on her 50th birthday.

Lea shared a screenshot of the message she received from Aga on her Instagram page.

Fans were quick to express their elation over the conversation of the former onscreen partners.

Lea and Aga starred in the hit movie Sana Maulit Muli in 1995.

In an interview with G3 San Diego last year, Lea weighed in the possibility of a reunion movie for them.

The singer-actress remarked that she thinks that a reunion movie would be possible only if it is something that would surpass what they have done in their previous film.

READ: What Lea Salonga admires most about BTS

“It needs to be something that eclipses ‘Sana Maulit Muli’ and that’s a very high bar that we set. That’s all our fault. We raised the expectations so damn high that where do you go from here?”