Jennie of BLACKPINK and G-Dragon of BIGBANG reportedly in a relationship for a year, Dispatch reports

According to Dispatch, Jennie and G-Dragon’s relationship is a known secret in YG Entertainment. 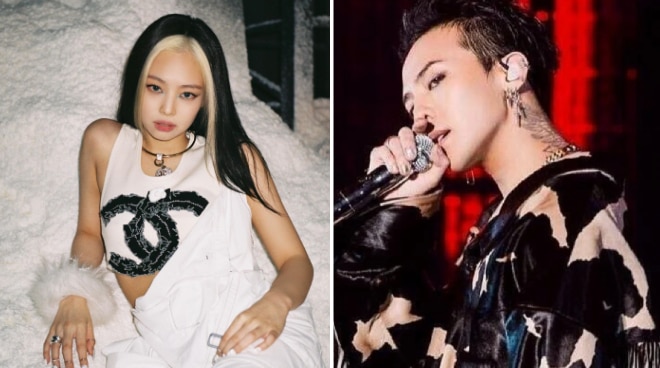 BLACKPINK's Jennie and BIGBANG's G-Dragon reportedly have been in a relationship already for one year according to Dispatch.

In a report by the celebrity website as translated by Soompi, Jennie and G-Dragon have been meeting secretly. The report said that Jennie's normal daily schedule is visiting G-Dragon's house when she's done with her activities for the day.

According to Dispatch, G-Dragon has a private elevator leading to his penthouse which Jennie uses when she visits him.

The report added that the relationship of the two stars is already a known secret at YG Entertainment.

“Quite a lot of people at YG have noticed their relationship. Jennie’s mother is also aware of her relationship with G-Dragon. She’s thankful that he takes special care of her," a source told Dispatch.

Amidst the rumors, YG Entertainment released a statement saying, “We can not confirm anything about our artists’ personal lives. We ask for your understanding.”