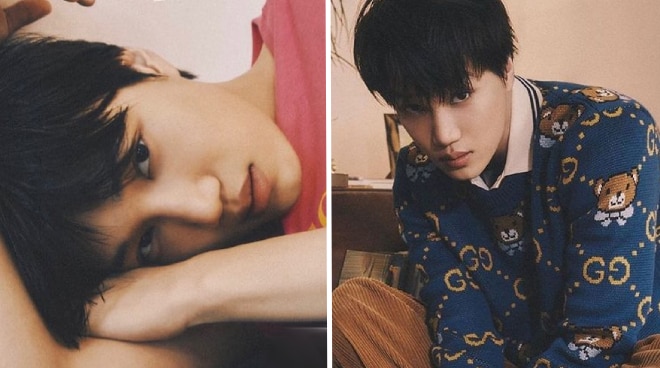 Gracing the cover of Esquire in Korea, the 27-year-old Korean singer and dancer talked about the Gucci collection named after him and what makes it special.

“The Kai Capsule Collection is a collection that embodies my favorite animal, a bear. Gucci is a luxury brand and it doesn’t give off the feeling that it’s something you wear typically in your everyday life,” he said as translated by Korean entertainment site Soompi.

He added: “But with the cute bear, it seems much more casual. I think you can express your style more adorably because there are bears everywhere. People from varying age ranges can wear it in their everyday lives too.”

Expressing his gratitude for having been given the opportunity to become the first-ever brand ambassador of Gucci in Korea, Kai said he is still at a loss for words about what he described as an “act of fortune” that came to him.

“This is the first time Gucci has launched a collection with a Korean celebrity. I am incredibly grateful and just as thrilled. It’s not easy to have a collection with your name. It’s a huge opportunity and an act of fortune, so I’m at a loss of words to describe how happy I am that it came to me,” he said.

In the same interview, Kai also talked about living to the expectations of his fans whom he said he believes have high standards.

SPOTTED: EXO’s Kai is in the Philippines

Kai said: “My fans have high standards. Liking me already means that their standards aren’t typical. I’m kidding, but my fans really do pay attention to the fine details. There must be various reasons as to why they like me, right?”

He went on: “I think that I must satisfy all those reasons, and I have a big desire to match those small details. Whether it be dance, singing, fashion, or whatnot, I want to give fans the sense of satisfaction that I get myself. In order to do that, I have to put in a lot of effort.”

Born Kim Jong-in, Kai has been an ambassador of Gucci for two years now. He is also the first-ever male ambassador of cosmetics brand Bobbi Brown.

He has also appeared in dramas such as Choco Bank, Andante, and Spring Has Come.