In her newest YouTube video, actress Roxanne Barcelo shares the preparations she made to get pregnant with her first child. 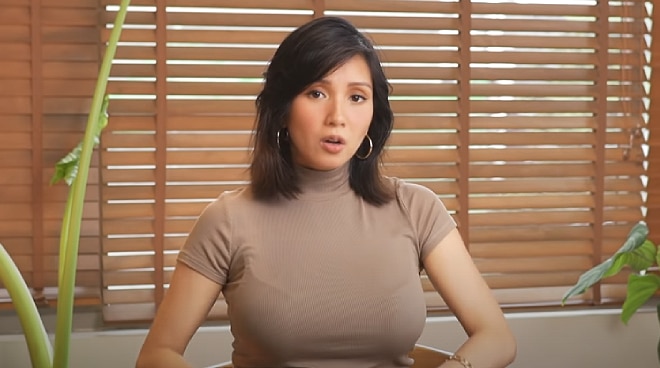 "[I was told] that it would take a whole year to prepare my body for pregnancy."

Roxanne Barcelo made this statement in her latest vlog as she shared the preparations she made to get pregnant with her first child.

In a video published on YouTube last week, the actress shared that she received a lot of messages from her followers asking how she and her husband prepared their bodies for pregnancy.

"In mid-2019, I went to my doctors. I had my general check-up, I had, like, all these exams done, and praise God, talagang okay lahat. But with my OBGYN, [I was told] that it would take a whole year to prepare my body for pregnancy. I want to share with you all the steps that I did to get to this point," she said.

"Pero disclaimer, hindi naman po ako specialist... Wala akong alam except based on kwento, based on sa mga nakausap ko rin na mothers who have really shared their knowledge with me. Also, just researching a very, very, very light version of what I could do during my own spare time," she added.

According to Roxanne, one of the things she did was to get a massage at least once every two weeks for four months.

Roxanne said she also took supplements, such as folic acid, which helps the body to make new cells and prevent major birth defects of the baby's brain and spine, as well as Maca root, which helps increase sex drive.

"My OBGYN also told me no caffeine, no alcohol, no soft drinks. The only things that I can drink are water, fresh fruit juices (except papaya ang pineapple), and herbal teas—raspberry tea leaf, which is for menstruation and for your uterus, and also red clover tea, which is good for your overall reproductive health," she added.

Among the other things she recommended in her vlog were acupuncture, sauna, meditation for fertility and pregnancy, and chiropractic treatments.

"It was much easier kasi my husband also stopped everything. As in tumigil din siya," continued Roxanne, who also shared the things her husband did to prepare for the pregnancy.

"He exercised five days a week—at least 20 minutes of exercising. No smoking. No alcohol. No coffee. Took seven hours of sleep every day. Ate healthy. He also listened to a lot of music—jazz, soul, funk."

Roxanne, 36, announced that she was pregnant with her first child through a vlog released last month.

It was in December when the actress made a surprising revelation that she is now married.