‘We would talk about the future’: Rica Peralejo opens up about romantic past with Piolo Pascual

Former actress Rica Peralejo admitted that she had a romantic relationship with actor Piolo Pascual. 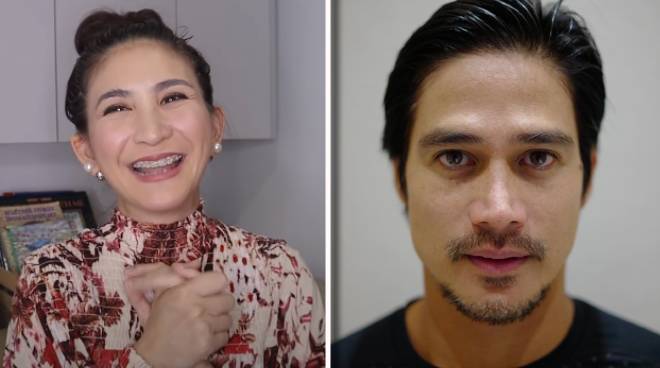 For the first time, former actress Rica Peralejo admitted that she had a romantic relationship with actor Piolo Pascual.

Rica opened up about their romantic past in her latest vlog post, where she answered several questions sent by her fans concerning her showbiz career and personal life.

In one of the questions, Rica was asked: "Naging kayo ba talaga ni Papa P?"

"Hindi 'to pa-safe ha. Yes and no," answered Rica. "Yes in the sense na ang deep naming dalawa with each other. But we never put a label on ourselves. Never naming binigay 'yun sa isa't isa. Tapos hindi rin kami umamin sa public about dating or liking each other."

According to Rica, while she and Piolo refused to put a label on their relationship, it was "very clear" to the both of them that they "liked each other a lot."

"We would [even] talk about the future, like being husband and wife and all that. But, you know, I did that also with Bernard," she said, referring to her former boyfriend, Bernard Palanca.

"Alam mo 'yun, parang ganun naman kapag may somebody ka na you want to be serious with, eh. Sometimes you can't help but move forward with your thoughts na parang when that day comes... I'm not going to say that I was [the] only one sa buhay niya," she continued.

On whether it's true that Piolo had asked her hand for marriage, Rica said: "Hindi. However, Piolo was actually the first one to invite me to church, together with Dante Nico Garcia. And I think that was largely the purpose of Piolo in my life.

"To bring me closer to God, and when I met Jesus, I realized this was the Man I needed to get to know in my life at the time. And for that, I will be forever grateful to Piolo, for bringing me one step closer to the truest love of my life," she added.

In the vlog, Rica also got candid about her past relationship with Bernard.

"You know, Bernard was like my longest of all the boyfriends I had... We were together for four years. We just didn't do life the same way. I liked to be with him a lot. He loved to be with me a lot back then. But 'yun nga, on the most crucial things, hindi kami agree," she said.

She went on: "We tried until the fourth year and then I said, 'You know what? This is not going to work.' I can't change this person to be the person that I want him to be. He has to want it for himself."

Rica, 39, has been happily married to Christian pastor Joseph Bonifacio for more than 11 years. They have two children, Philip Nathaniel, 4, and Manu, 1.

When asked by a fan if she was a "virgin" when she met her husband, Rica, who is now a devout Christian, admitted: "No. I wasn't a virgin anymore when I met him. That's very evident to the kind of life I led before.

"We didn't really talk about it. [But] I think that's one of the things that made me fall in love with him. That he knew everything about me and yet he chose to love me, and he chose to see the best in me," she added.