Will there be a 2NE1 reunion? Here's what Minzy has to say

Minzy shared an update about her fellow 2NE1 members. 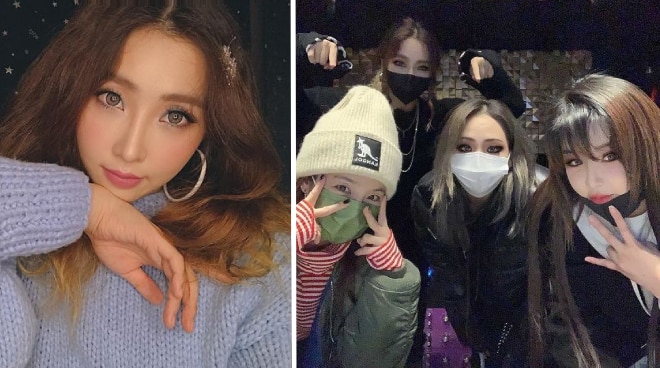 Is there a possibility of 2NE1 reuniting?

This was the question that Minzy addressed when she became a guest of KBS Cool FM’s Park Myung Soo’s Radio Show.

According to Minzy, she and her fellow 2NE1 members have been discussing reuniting but nothing has been finalized yet.

“We meet each other often. Our leader CL says ‘let’s try it’ and ‘what do you think?’ a lot. Park Bom and Sandara Park also want to reunite. Nothing has been proceeded in detail yet. We’re just at the stages of talking about doing something," Minzy said in the radio show as reported by xportsnews.com as translated by Soompi.

In the said program, Minzy also relayed a pre-debut story about 2NE1. According to the singer, they were actually supposed to debut as solo artists.

“Originally, the four of [us] were preparing for our own solo debuts. But Teddy played ‘Pretty Boy’ for us. We recorded the song, and it came out great. Then he said we were going to debut as a group," she said.

She also revealed that the song "As If It's Your Last" by BLACKPINK was the demo track of 2NE1.

“We prepared the recording. However, we included other songs in the album, and that album was the one with ‘Come Back Home’ in it," she said.

Minzy also shared an update about her fellow 2NE1 members.

“Park Bom is focusing on her diet. She’s very interested in her health. CL is recording music, and Sandara Park is busy doing variety shows," she said.

Meanwhile, Minzy relayed that she has recently built her own agency which is called MZ Entertainment. “My father is the boss, and I’m the director.”

It can be recalled that Minzy also recently inked a recording contract with Viva Artists Agency (VAA) to release songs in the Philippines.

She recorded and released the Tagalog version of "Lovely" last year.