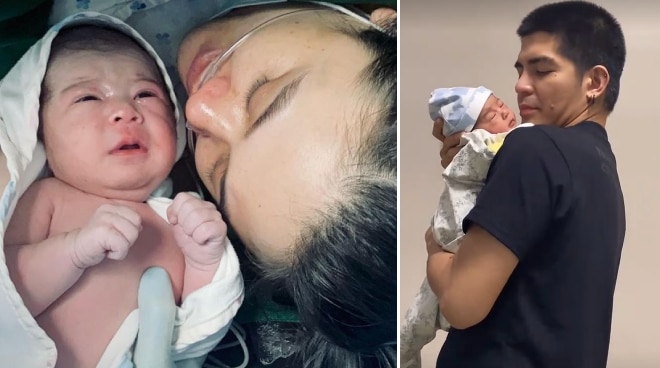 After getting engaged and announcing their pregnancy last year, Mark Herras and his fiancée Nicole Donesa welcomed their first child, a baby boy whom they have been lovingly calling “Corky” even before he was born, last January 31.

The couple, who first met on the set of the TV series Bihag in 2019, announced their engagement in June after dating for less than a year. Mark also has a daughter named Ada from a previous relationship.

Before dating former beauty queen, Nicole who was crowned Miss World Philippines Third Princess in 2014, Mark was in a relationship with Winwyn Marquez, who is also a beauty title holder.