POST-PARTUM BEAUTY: Andi Eigenmann shares why she is enjoying her post-pregnancy glow

Celebrity mom Andi Eigenmann admits she is in no hurry to get back to her pre-pregnancy weight. 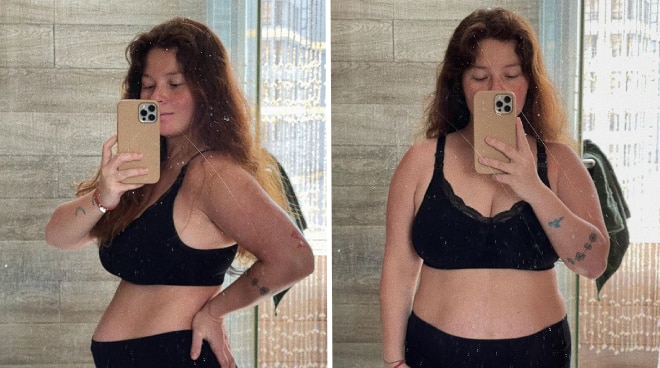 After giving birth to her third child Koa last January, Andi Eigenmann shared in her recent Instagram update that she is in no hurry to get back her pre-pregnancy body. The 30-year-old Siargao-based actress revealed that she would rather focus more on spending quality time with her family this year than on anything else.

READ: ‘We’ve been really down’: Why Andi Eigenmann, kids in low spirits​

In her Instagram post last February 18, she said, “My only solo pic/s as of late. Taken at 2 weeks postpartum. Still looked exactly like I did 1 day pp, and still do up until today at 1 month pp. As I've mentioned in every other pic I’ve posted of the kids, I’ve been enjoying every moment of my time with them, because it recently sunk in to me how fast our children grow. While that is very true, I also may have been spending all my time with them to avoid facing the fact that I haven't been feeling like myself lately. I've been too unmotivated to keep up with my old (good) habits. And mind you, albeit having 3 kids, I know I do have the time. Because we're allowed to take some time to focus on ourselves too. So as a result, in some way, I also know how it could (or does) affect my kids.”

Andi clarified in her post that she is not judging others who have wanted to gain back their pre-pregnancy physique, but rather wanted to share her own opinion on the matter.

She explained, “Now this is def not about bouncing back or wanting to look the way I did pre- pregnancy (although there should be nothing wrong with wanting that for your own body too [because] it’s your body and you can do whatever makes you feel good about it). This is about feeling the way I used to. I’ve found that a great way to parent (IMO) is to strive to become a version of yourself that you love and makes you happy so that you can be a great example to your children too.

Andi got engaged to her surfer boyfriend Philmar Alipayo last December. She has two children with Philmar named Lilo and Koa. Her eldest daughter Ellie is her child with ex-boyfriend Jake Ejercito. The family have their own YouTube channel called Happy Islanders with 1.85 million subscribers where they post videos about their life in Siargao island. .