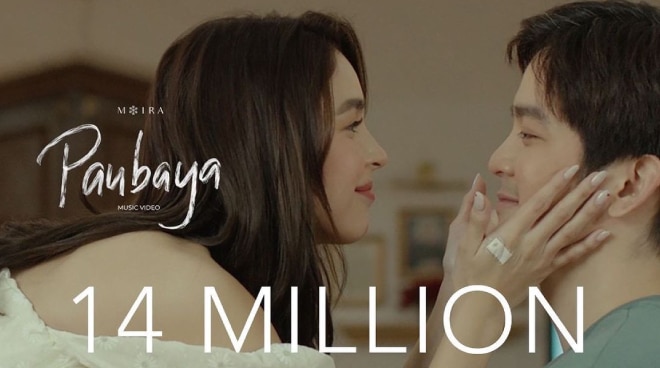 On its social media pages Wednesday, February 17, Cornerstone Entertainment, the talent agency of Moira, announced that the music video has already recorded over 14 million views and 1 million likes.

In a separate post, it shared that "Paubaya" has become the most played OPM song on Spotify's Top 50 Philippines and Apple Music's Top 100 Philippines.

It started light with the two stars portraying a happy and in love couple who are about to get married. But later on, the video turned emotional as the two characters had to say goodbye to each other.

In the credits that rolled at the end of the video, it was revealed that the two co-wrote their dialogue in the nearly 12-minute clip along with Moira and her husband, Jason Hernandez.

It was in 2019 when Julia and Joshua confirmed that they had gone their separate ways, after being in a relationship for more than three years.

Watch the music video of "Paubaya" below:

According to Moira, "Paubaya" marks the last chapter of her "Patawad" era.