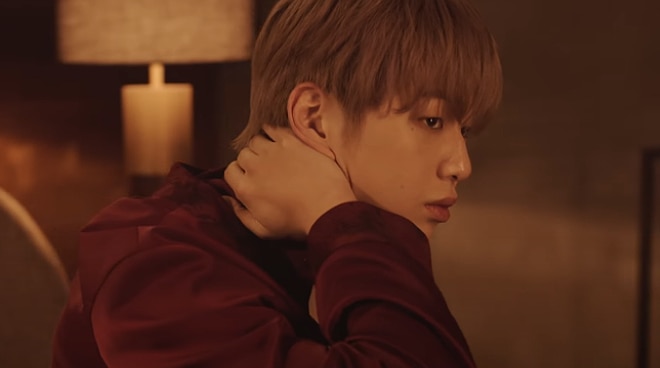 As part of his highly-anticipated comeback, Kang Daniel finally released the music video for his new song “Paranoia” — and it’s giving fans chills.

On Tuesday, February 16, Kang Daniel released on the music video for his new song called “Paranoia” on the YouTube channel of his company Konnect Entertainment.

Apart from the lyrics of the song which Daniel co-wrote as well, the hair-raising visuals for the music video also gave fans chills.

In an interview with ABS-CBN News, Daniel shared how his new song enabled him to express himself more as an artist.

And according to the K-Pop singer, his new song brings out a diverse set of emotions.

“This new song ‘Paranoia’ is a song created by taking out the darkest part of my inner self that was hidden. The more you listen, the more diverse and new emotions you will be able to feel,” he said.

He added: “Most of all, the song is really addictive, and the performance and choreography are really attractive to match the theme of the song.”

Kang Daniel rose to prominence following his successful stint in the second season of the survival reality show Produce 101.

He also became part of group Wanna One, but eventually left after a year to pursue a solo career.

He also manages his own company — called Konnect Entertainment — for which he serves as the boss.

Following a legal dispute with his former agency which forced him to go on a hiatus, he returned to mark his debut as a solo artist through the release of an EP called Color On Me.

Kang Daniel came to Manila last 2019 for a show at the Mall of Asia Arena.