Iza Calzado shares why she will always be grateful to Sunshine Dizon: ‘I am very honored and proud to be her first actress’

Iza Calzado talks about being directed by her good friend Sunshine Dizon in a new digital series. 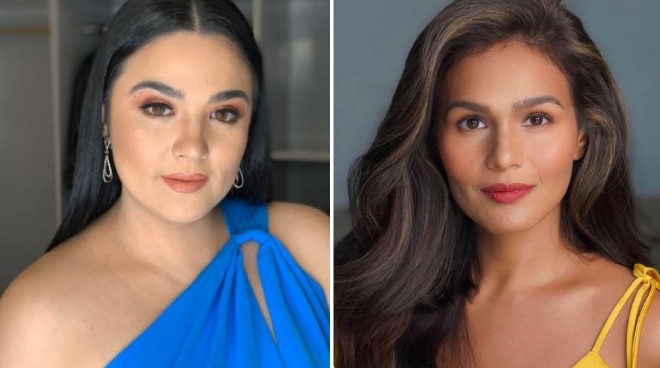 After wrapping up taping for her first romantic comedy project, B&B: The Story Of The Battle of Brody and Brandy, Iza Calzado said she was happy to step into the role of the lovable bed and breakfast owner Brandy.

“Parang it’s the lightest I’ve done. I’ve been in comedy films but I’m always given the serious role. Walang lightness masyado and I’ve always wanted to do something light because I feel quite light. It’s hard in this industry you get pigeonholed sometimes,” she admitted.

READ: Iza Calzado on being an actress and producer: ‘It makes you feel empowered’

READ: Iza Calzado on acting in an online series: ‘It gives you more freedom, a little less pressure’

With Sanggre productions also producing the show in partnership with WeTV Philippines/iflix, Iza said she was happy to do a project again with her good friends Karylle, director Mark Reyes, and Sunshine Dizon. Incidentally, Sunshine makes her directorial debut in the series.

“We’ve been friends for so long and we’ve been talking about putting up a business and junior subjects but siyempre it was just a few years ago when everything fell into place. We’ve been wanting to do a reunion project and because nga Karylle and I are in a different network, parang how? In a perfect world we wanted to do Encantadia the movie in Batanes. But since we couldn’t, sabi namin ‘Tayo na lang gumawa.’ Ganun lang nag-start yun. Everything fell into place. Pero all in God’s perfect time. With all the challenges that we actually encountered during the lockdown, I would think that yung biggest mover namin was we really wanted to create opportunities for people to work. We need to create job opportunities and grow,” she explained.

Being directed by her good friend Sunshine was also an honor for Iza, who has known her for decades already.

“You never know where your life is going to take you and I just feel so proud and happy that she’s doing this and she came prepared, even if she never went to directing school or whatever, she’s been researching and bantay sarado talaga ang emotional arc ng bawat character and klarong klaro niyang sasabihin yun sa ‘yo. Without making you feel that parang mas maganda yung take niya, parang very collaborative. So I’m very grateful and I see a very bright sunshine future for Sunshine as a director,” she explained.

B&B: The Story Of The Battle of Brody and Brandy streams exclusively on WeTV and iflix with new episodes out every Saturday, 7. The series also stars Ketchup Eusebio, Ian Ignacio, Emmanuelle Vera, and Lovely Abella.

Iza Calzado Ian Veneracion Sunshine Dizon B&B: The Story Of The Battle of Brody and Brandy