Actress and fashion icon Heart Evangelista marked her special day with an intimate birthday party near Baguio City with her family and friends. 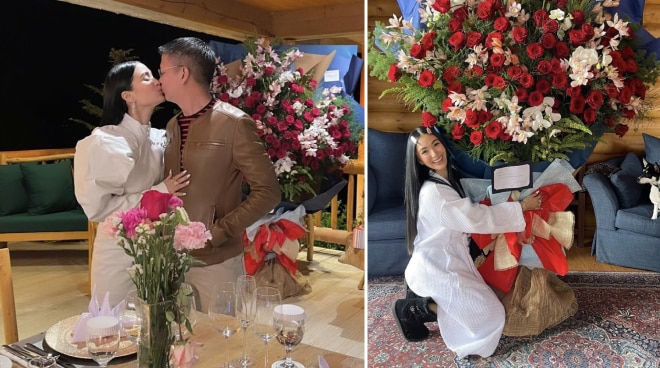 The actress and fashion icon marked her special day with an intimate birthday party held at a log cabin near Baguio City with her family and friends.

On Instagram Stories, Heart shared photos and clips of her birthday celebration as she thanked those who greeted her on her special day. 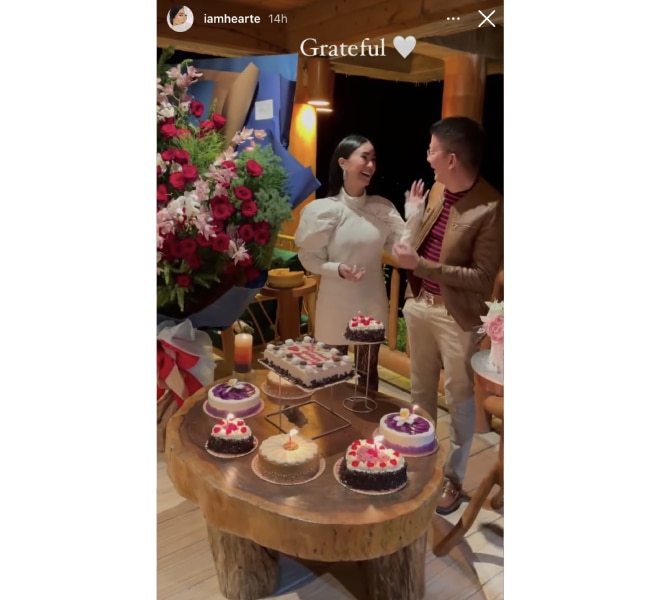 "Thank you, everyone! Felt so loved today! Wishing everyone the same," she said.

READ: Got married before? Bathes in milk? Heart Evangelista reacts to craziest rumors about her

Aside from her 36th birthday, Heart also marked the six year anniversary of her marriage to her husband, Francis "Chiz" Escudero, on February 14.

The couple got married in an exclusive ceremony on Balesin Island in 2015, after being in a relationship for three years.

In an interview with G3 San Diego last August, Heart said she knew right away that Chiz was the one she would want to marry when they were already dating.

“I know this sounds cheesy, but ever since before talaga, I really liked him. I really looked up to him and when I met him in person, parang he did not disappoint," she said.

"He was so much more than I thought he would be. He was so normal to me… I knew he’s the one. I knew it right away. I married my dream guy,” she added.