The video was made possible by Lovi Poe’s boyfriend Montgomery Blencowe. 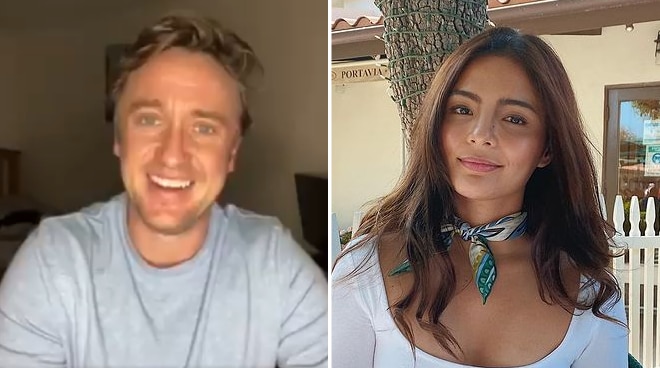 Lovi Poe got a birthday greeting from Tom Felton, who played the role of Draco Malfoy in the Harry Potter movies.

The video greeting was made possible by her boyfriend Montgomery Blencowe.

Lovi shared the clip of the birthday greeting on her Twitter page.

"My Harry Potter heart and my Slytherin soul can’t help but be kilig when Draco Malfoy mentions #OweMyLove. Thank you for this sweet surprise @montyblencowe," Love tweeted.

My Harry Potter heart and my Slytherin soul can’t help but be kilig when Draco Malfoy mentions #OweMyLove ♥️ Thank you for this sweet surprise @montyblencowe ♥️ pic.twitter.com/AVC76FItKL

In the video, Tom said, "Monty and I have been speaking for quite a while about the best way to bring in your birthday."

"Unfortunately, Monty and my plans to have a massive festivity where we can all get together and have a little jamboree and a boogie and a dance can’t happen right now with everything going on," he said.

Last year, Monty also surprised Lovi with a greeting from Spanish actor Enrique Arce, who plays the role of Arturo in Money Heist.

Enrique said in the video, "This is Enrique Arce, Arturo in 'Money Heist,' 'La Casa de Papel.' That character that you love so much. You know why I know that? Monty told me. He said that he loved binge watching the show with you."

READ: Lovi Poe on why she loves acting: “It’s a life changing experience”

The actor added, "Poor guy misses you a lot and really want to see you soon. He wants to see soon more than he wants to see La Casa de Papel 5."

"A million miles away yet you never fail to make me feel kilig. I miss you too @montyblencowe," Lovi posted after receiving the video message last year in April.

Lovi went public about her relationship with Monty in 2019.

Monty is an English film producer.