Sunshine Dizon looks back on her first directorial project. 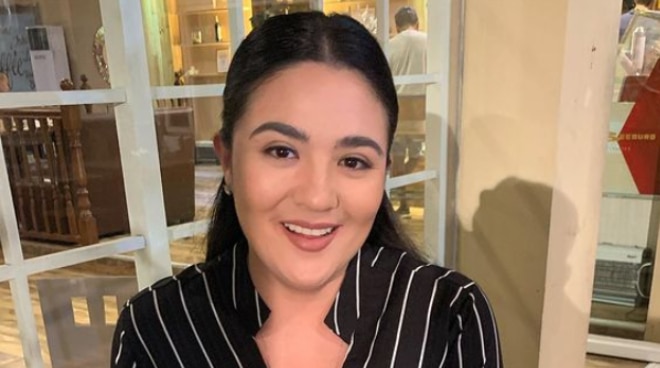 After taking up second unit directorial duties in the WeTV Original series B&B: The Story Of The Battle Between Brody & Brandy which starts streaming on Valentine’s day this year, Sunshine Dizon admitted she never really set out to work behind the camera until her co-Sanggre productions partner and director Mark Reyes asked her to be his second unit director.

“During the pre-prod, to make things efficient and makabawas din ng mga sequences, it started with, ‘O ikaw na yung mag-second unit.’ But this is not really planned na, ‘O Shine you will be the second unit director.’ Walang ganung plano. Parang nag-open lang yung door and pumasok lang din ako sa pinto. Pero if you’re going to ask me kung I would want to do this? Yes of course, oo. It’s really something that I would like to shift into eventually,” she shared during the WeTV Philippines media event held last February 11.

READ: Sunshine Dizon shares why she is proud to be a member of AKTOR

The first time director said she was lucky to work with a talented cast which included her good friend Iza Calzado who plays the role of an Ilongga named Brandy in the digital series.

“Then I remember the very first scene na ginawa ko with Ian (Veneracion) and I think it was Emmanuelle (Vera), I said na parang, ‘Hindi ko na kayo kailangan i-direct kasi matagal na kayong artista and I’m pretty sure you know what you’re going to do. So I’ll just guide you through the scene.’

“And it’s such a blessing to be working with such great actors. Mahusay po silang lahat and tuwang tuwa ako na yung first time ko silang lahat yung nakatrabaho ko. Everyone on the set was so supportive. Kaya ang saya sobra. We had lull moments so para lang hindi kami na-bo-bore, sumasayaw kami (laughs),” she shared.

Looking back on her directorial debut project, Sunshine said she could not be any more satisfied with the finished product. “Overall I’m very proud. Super proud. Aaminin ako Kdrama fan din ako (laughs). I would really say that it something fresh. it’s not your usual rom-com and it’s also the first time of Iza doing a rom-com and it’s very exciting to see Ian and Iza in this kind of story and what else can I say? We’re just all very proud of the project. It’s beautiful,” she said.

WeTV Philippines’s original series B&B: The Story Of The Battle of Brody and Brandy premieres on Valentine’s Day, February 14, at 7 PM. Exclusively on WeTV and iflix with new episodes out every Saturday.