Sharon Cuneta shares an update on the ongoing construction of her family’s new forever home. 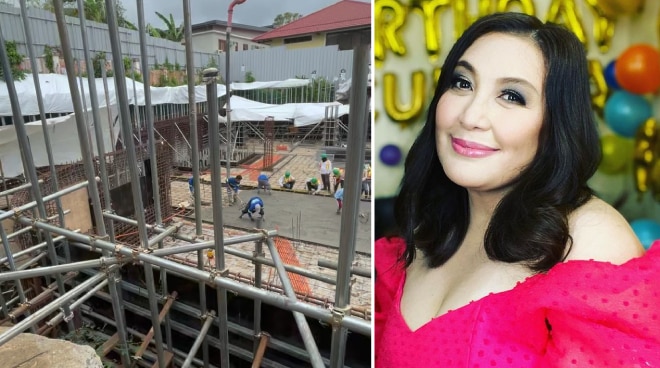 After sharing last year that she was building a new forever home for her children, Sharon Cuneta posted an update on Instagram last February 10 about rebuilding the house she had demolished years ago in order to turn it initially into a vacation home.

She wrote, “Basement parking in our forever home halfway done! It’s under half the whole house. Am so excited that we’re moving forward! Construction started August 1 last year then my workers of course took a Christmas break. My contractor said about two months ago when I asked him when he thought they would finish building that he would try his best to be done in a little over two years. I hope tapos na yung ‘a little over,’ pero I know hindi pa! But basta super tibay at magaling ang pagkakagawa at pulido, mabilis lang siguro naman din lilipas ang two years. Sana din wala nang pandemya noon!”

READ: Sharon Cuneta to build new home for her children

Aside from showing how patient she was in the ongoing construction, Sharon also gave credit to those building their forever home which she revealed can withstand earthquakes.

In the same post, she wrote, “Galing my workers. Everyone just works and works and in such an organized manner! Galing my contractor, Onet Limchoc of @limchoc.construction and siyempre my architect @conrad_onglao ! Praying all goes well til the end. Kakayanin daw ng bahay namin kahit lindol na intensity 9-10! Thank God talaga!”

Last year, it was reported that Sharon contracted the services of architect Conrad Onglao, fiancé of Zsa Zsa Padilla, to do the design her new house.