Actor Zoren Legaspi received a surprise from his family as he celebrated his 49th birthday on Saturday, January 30. 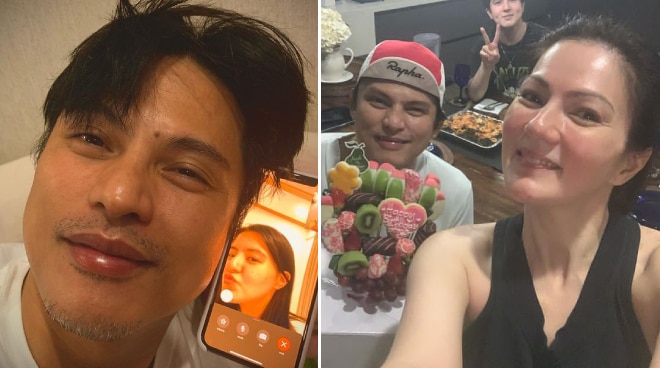 Actor Zoren Legaspi received a surprise from his family as he celebrated his 49th birthday on Saturday, January 30.

On Instagram, his wife, Carmina Villaroel, shared a video of how they surprised Zoren with a cake while singing the birthday song.

She also shared the surprise her husband received from their daughter Cassy, who was at a locked-in taping and was watching via video call. He got a big balloon and a message, which read, "Happy birthday, Tatay Dinosaur. We love you so much and we are so blessed to have you."

"Happy happy birthday, Tatay @zoren_legaspi,"  wrote Carmina in the caption of her post.

Zoren and Carmina were married in 2012. They have twin children, Cassy and Mavy, who recently also celebrated their birthday.

Zoren is set to star in the upcoming movie Miss Q&A, with comedienne Kakai Bautista.

Directed by Lemuel Lorca and produced by Chris Cahilig, the film tells the story of a pageant trainer and public relations maverick (Kakai), who goes on a blind date with a handsome photographer (Zoren).

Miss Q&A is written by John Bedia in collaboration with Lorca and Cahilig. It will be released this 2021.