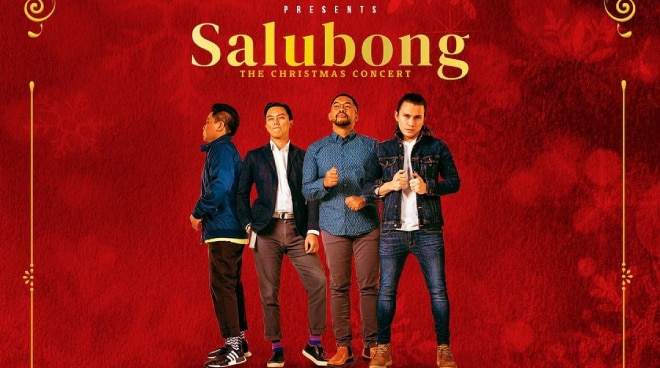 As one of the performers of the Salubong: The Christmas Concert to be held on December 10 and 11 this year, Sponge Cola singer Yael Yuzon said he and his band look forward to interacting with their audience even if it is just through the virtual holiday event on KTX.ph.

“Actually by default naman kasi sa sobrang kulit ko as a performer, it’s really a two-way street eh. Kung paano naman kasi on stage, parang ka lang nakikipag kuwentuhan sa amin, parang kuwentuhan with music. I think that’s pretty much it eh. May batuhan pabalik. Nararamdaman ko rin yun. What we do as a band, it’s not just a job, it’s really a calling. Parang by design ito kami from the moment na nagsimula kami mag-music we wanted to do this,” Yael shared at the Salubong mediacon.

As part of one of the hardest hit industries in the country during the pandemic, Yael said that he saw a silver lining in everything that happened.

As Sponge Cola looks forward to resuming live performances next year, Yael said he is excited for their fans to hear all the new songs they recorded since last year.

Apart from working on their new material, Yael said they plan to resume touring abroad in 2022 as well as work with other singers.

Watch Salubong: The Christmas Concert on December 10 and 11 with tickets available on KTX.ph. Performers include Aegis, Sponge Cola, hip-hop artist CLR, and spoken word artist Martin Naling. This event is brought to you by MG Philippines, in cooperation with Praxis and The Filipino Channel (TFC.) Salubong is staged with top-notch technical production at ABS-CBN’s ASAP Studio 10, and the program is conceptualized by the best Filipino musical production minds under director Paul Alexei Basinillo.