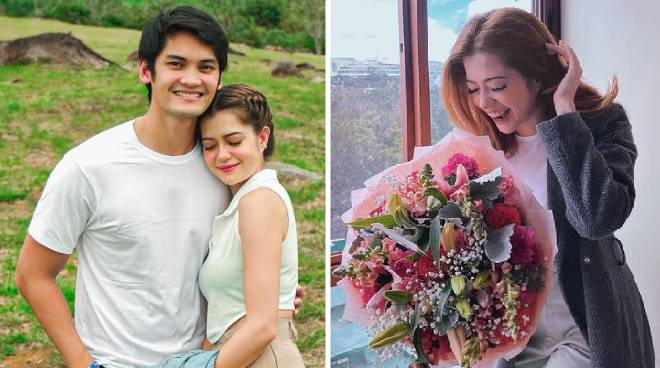 Sue Ramirez posted on Instagram on Tuesday, December 7, a photo of herself holding a holding a bouquet of flowers. Actress wrote: “Kilig-kiligan. Ganda-gandahan. Thanks, Jav.”

The Broken Marriage Vow actress was referring to her boyfriend Javi Benitez who apparently sent her the flowers for their monthsary.

He replied to the post, “Happy monthsary, baby! Love you.”

Rumors about Sue and Javi being a couple began after the two worked together on the Richard Somes action film Alpha Kid One last February 2020.

Sue confirmed their relationship in an interview months later.

Other kapamilya actors also commented on the post, including Viral Scandal actress Maxene Magalona and Marry me, Marry you actor Adrian Lindayag.

Sue was previously in a relationship with Joao Constancia.

—from a report by Rommel Manuzon