Fil-Am actress Vanessa Hudgens hopes to one day make a movie about her Filipina mother's life and journey as a then-young immigrant. 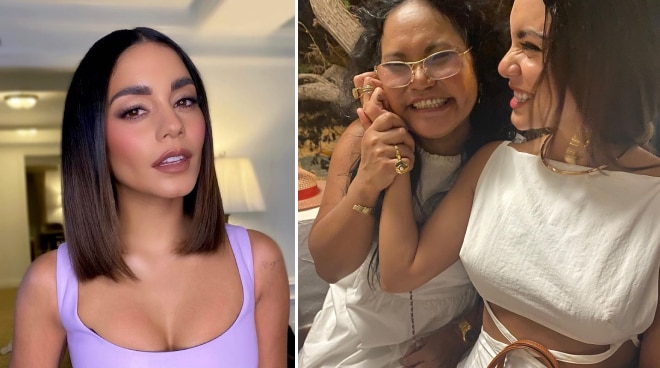 Fil-Am actress Vanessa Hudgens, who recently dabbled in film production via the hit Netflix trilogy The Princess Switch, is hoping to one day make a movie about her Filipina mother's life and journey as a then-young immigrant.

She talked about her mother, Gina Cuangco, and why it's important for her to tell her story in a recent interview with Glamour UK magazine.

“My mom is from the Philippines, and growing up there weren't really that many women who looked like me and my mom and my family on screen,” she said. “It’s so important to share all the different stories because America is a massive melting pot, [just like the] world. There are so many different stories that need to be told so that we are exposed to them and can have more empathy towards different people.”

She then spoke about the challenges her mother faced as a native of Manila who decided to move to the United States at the age of 25.

“As an immigrant, coming into the States and not knowing anyone, I can’t even imagine how difficult and challenging that is and what challenges she faced as a woman. And my father was a firefighter, so he was gone for a week and home for a week," she recalled.

Vanessa said that while her father was away, it was only her and her mom until her sister, Stella—also an actress—arrived. But at the time, her mother was still finding her footing in a foreign country with a young child.

According to Vanessa, her hope is that her mother would write a book about her immigrant story that she can one day turn into a movie.

“I feel like that’s such a relatable story to so many women all over the world. The more that we can share, the more we can lift each other up," she said.

Vanessa, who rose to fame when she starred in Disney's hit romance-musical film High School Musical, has always been proud of her Filipino roots.

She has also time and again credited her Filipina mother as her biggest inspiration both in her career and personal life.

"She's the strongest woman I know. To come out to the United States with my father, not know a soul here, and to build a new life for herself, it's terrifying and it takes great courage. To see her now as an adult, and to be able to admire her, her journey, and the light and the spirit that she brings to every place that she goes to is just contagious," she said.

"They always say you turn into your parents and the older that I get, the more that I see my mother and myself. In the beginning, it was a little alarming, but now I embrace it with open arms because she's incredible and I aspire to be like her.

The actress is also one of the stars of tick, tick... Boom!, a musical drama film topbilled by Andrew Garfield under the direction of Broadway star Lin-Manuel Miranda.