Ellen Adarna took to social media to celebrate the birthday of her husband Derek Ramsay. 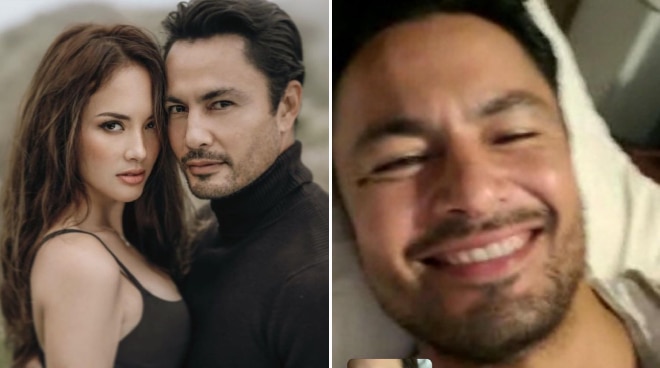 Ellen Adarna took to social media to celebrate the birthday of her husband Derek Ramsay.

The hunky actor turned 45 this Tuesday, December 7. On Instagram, Ellen shared candid photos of Derek, along with some sweet snaps of them together.

"Husband Birthday Dump," she wrote in the caption. "You make my mornings more beautiful. I love you my forever Gor."

Also on the image-sharing app, designer-musician Kate Torralba, who is close to the couple, posted a video clip of Derek's fun birthday "salubong" which he celebrated with Ellen and a few more of their friends.

They announced their engagement last March, just a month after they admitted being in a romantic relationship.

However, it wasn't until early this year, after they were seen getting cozy at a dinner party, when they were romantically linked together.

"My heart tells me if I don’t follow through with this one, I’ll regret it. Everything in my heart is telling me that she’s the one," he said.

"He met me at the right time," said the actress, who was previously in a relationship with actor John Lloyd Cruz. They have one child together, Elias.

"He met me because, during the pandemic, I fixed myself, I worked on myself. I did a lot of inner work. So, at that time, I knew what I wanted na. I knew what was good for me. I knew what was bad for me. And then when I made better choices and for myself, that’s when things started to come in and everything made sense. I didn’t have that desperate vibe of trying to look for love, of looking for a guy to complete me. I was already complete."

"And then Derek came, he just made it better, more beautiful," she added. "So, timing si Derek talaga. That’s how our relationship works."