‘Pagod Na Ako’ singer Janine Berdin shares the story behind how she composed her latest single under Star Music records. 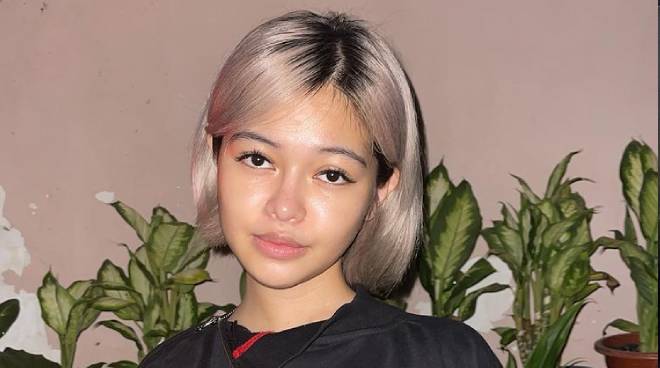 After releasing her latest single “Pagod Na Ako” under Star Music, singer Janine Berdin shared the story behind how she ended up composing the song without really planning it. The 19-year-old Tawag ng Tanghalan champion collaborated with singer and producer JK Labajo for the single.

“The meaning of the song super simple lang, it’s about acknowledging the struggles that you’re going through and how important that is kasi most of the time pinapabayaan na natin sarili natin and napapagod na tayo. And then it builds up and we end up giving up kasi we don’t acknowledge the struggles.

“Pero sobrang funny ng pagkakasulat ko nito and it’s one of the quickest songs that I’ve ever written. Parang nag-ri-ready ako, naliligo ako tapos papunta ako ng studio the first time me and JK were going to meet. And habang I was in the shower parang naaalala ko lang yung the past few days. Actually yung iba sa mga struggles ko in showbiz and my frustrations sa sarili ko and sa music ko, ganun. Parang yun yung nasa isip ko and then nasa shower ako and then nabuo ko yung song. And then when I went to the studio parang na-bring up ko lang rin na may nabuo ako kanina and then ayun, ina-arrange na namin and then we went from there,” she recalled.

Janine said the song is personal to her because of all the experiences she looked back on while writing it. She also hoped it will help viewers recognize and validate their own everyday struggles.

“I feel like everyone feels this. I also wanted to tell this story kasi everyone has gone through this kind of healing. This song actually sobrang simple lang talaga ng meaning and everyone feels it naman talaga. Most of the time, ino-overlook kasi natin na napapagod na tayo, hindi natin na-a-acknowledge yung struggles natin. So hindi natin na-so-solve yung problem. And that’s what the song’s about, na kailangan natin i-acknowledge yun, yung mga pinagdadaanan natin na struggles. For me, sobrang important yun kasi tao lang naman tayo and we need a break. And to have a break kailangan i-acknowledge muna natin na pagod nga tayo. Wala talagang specific reason why we get super tired. Parang gradually nagpatong patong lang lahat. Parang all the struggles that I’ve been going through. And siguro ang aim ko talaga is para malaman ng lahat na everyone gets tired, parang hindi lang ikaw yung napapagod and it’s okay to acknowledge that,” she explained.

While shooting the music video for “Pagod Na Ako”, Janine admitted she felt like she could have done better.

“Siguro yung number one sobrang nag-regret ko na on the day that I was to do the video parang I wasn’t feeling that well pero okay lang naman kasi sa music video nagmukhang pagod na ako pero pagod talaga ako. I wasn’t feeling that well. Yung ibang shots dun totoo yung pagod ko dun (laughs). Another memorable moment was being a puppet kasi sobrang cool lang na I get to act like a puppet. Tapos ang ganda ng set. The entire experience sobrang memorable. I think every singer has the talent of acting kasi parang nag-so-storytelling din tayo when we perform,” she recalled.

The Star Music artist was also thankful to her production team for coming up with such a unique concept for her latest music video.

“The song inimagine ko siya as song of release lang and when we were talking about music videos, hindi yun yung concept na inimagine ko just like in a busy office setting, like typical music video things. Tapos yung director ko he’s so, so good. He came up with the idea na parang puwedeng puppet kasi I talked about being tired na I can’t be myself. So ganun yung na-raise niya na idea that we can do parang may marionette and then parang rinerepresent mo yung may nag-ko-control sa ‘yo. And then at the end you get your freedom pag kinu-cut yung strings tapos may big reveal sa dulo na even though you let go merong pang ibang nag-ko-control sa ‘yo. Maganda din. Yun yung isa sa nakakatakot na reality sa buhay. So I liked how we touched on that and hindi man siya nag-end on a good note, pero I still liked na pinag-usapan ng music video yung concept na yun,” she said.

As one of the rising young singers in the country, Janine also shared how it feels to be groomed as one of the next generation divas on ASAP.