In a rare moment, acclaimed actress Charlie Dizon surprised fans with snaps of her beach-ready body in El Nido, Palawan. 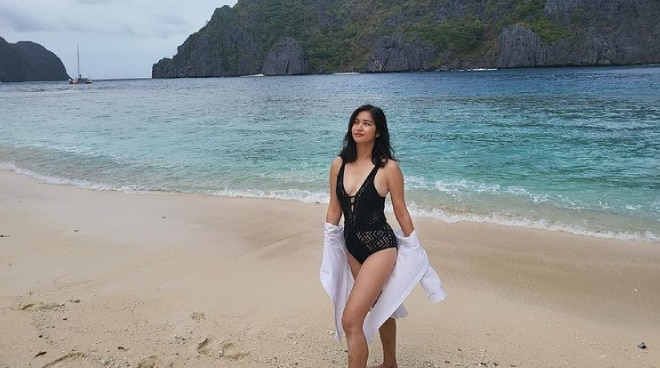 In a rare moment, acclaimed actress Charlie Dizon surprised her fans with snaps of herself flaunting her beach-ready body in El Nido, Palawan.

On Instagram, the Viral Scandal star shared photos of herself on the beach, showing off her fit figure while clad in a black, one-piece swimsuit.

"Piece of Paradise," she simply captioned the photos.

As of this writing, more than 65,000 have "liked" her post, with hundreds of followers expressing their admiration, including her celebrity friends.

Charlie, 25, is in El Nido with her Viral Scandal co-star Dimples Romana and her family.

The two have been spending time together since Christmas, along with their other co-star Karina Bautista. Based on Dimples's previous post, Charlie couldn't spend the holidays with her own family as they are all currently in the United States.

The three wrapped up filming for Viral Scandal just before Christmas. At the time, Charlie took to social media to express her gratitude to everyone who made up the show, from the crew to her fellow stars.

Charlie is the lead star of Viral Scandal, which began airing last November 15. The series follows the story of a simple, middle-class family who is rocked by a scandal when the eldest daughter is caught in a viral sex video. They seek justice as rich people continue to dominate and manipulate the truth to protect their image.