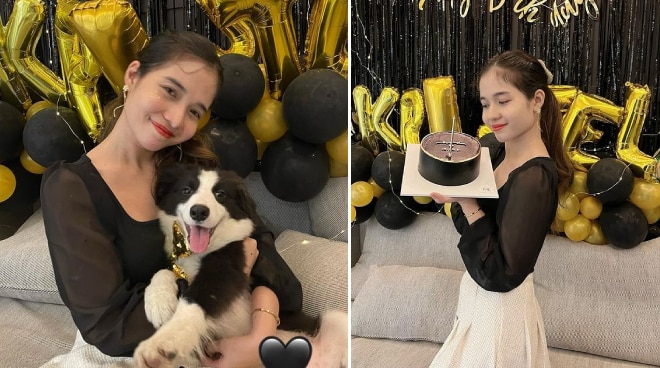 These were the words of Kristel Fulgar as she celebrated her birthday with her friends on December 29.

"Thanks guys for making my day one of the best," she posted.

Among the friends who attended the celebration was her fellow Kapamilya star Sue Ramirez.

Yohan Kim, a close friend of Kristel whom she fondly calls "Big Boss", was also virtually present during the celebration.

Kristel was surprised by Yohan with a new dog which was handed to her by her friends at the party. Kristel named the dog Mochi.

Yohan also penned a birthday message for Kristel on his social media page.

"Happiest Birthday @kristelfulgar 🎂 Beautiful inside and out🌸 deserve all the love and happiness❤ Hopefully, I can be in the party next year," Yohan wrote.